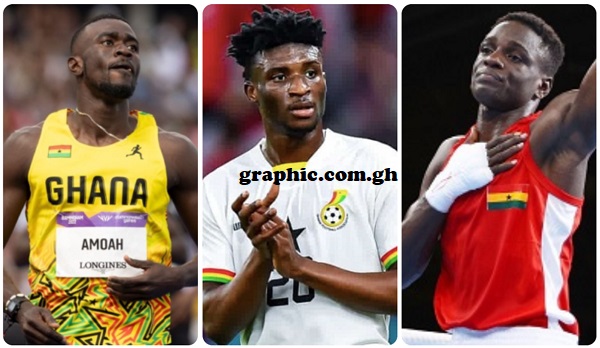 Ajax Amsterdam star Kudus Mohammed would battle alongside Leicester City’s Daniel Amartey and Jonathan Mensah of MLS side Columbus Crew for the Footballer of the Year, foreign category.

Hearts of Oak striker, Daniel Afriyie Barnieh, who recently signed for Swiss side FC Zurich is in the reckoning to retain the home-based Footballer Award of the Year award which has former AshantiGold forward, Yaw Annor and Asante Kotoko goalkeeper, Danlad Ibrahim as the other contenders.

The Athlete of the Year award has Benjamin Azamati and Joseph Paul Amoah in a straight contest for the prize.

Yeboah, who won the Prospect of the Year Award at the 2019 edition, won gold for Ghana at the 2022 African Athletics Championships.

Police Officer Grace Mintah has been nominated for the Female Armwrestler of the Year Award.

Vice-President, Dr Mahamudu Bawumia, has pledged his support for the longest-running awards scheme in the country after donating GHc50,000 to SWAG towards this year's ceremony.