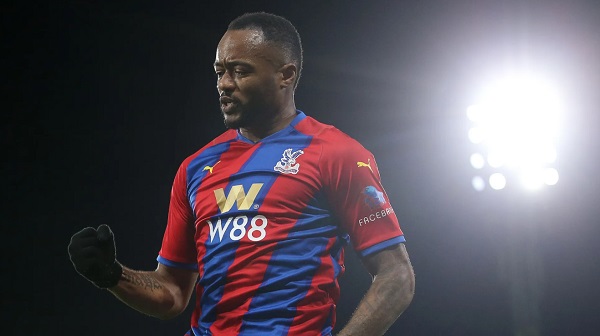 Ghanaian forward Jordan Ayew shared his gratitude for Patrick Vieira after scoring Crystal Palace's equaliser in a 2-2 draw at home against Southampton.

The striker netted after 65 minutes to secure Palace a point, striking home from a tight angle after a sustained spell of pressure.

It was his first goal in 43 Premier League matches, last netting against Leeds in November 2020.

He said he was pleased to score for others, but particularly for Vieira.

"It’s a relief I think," he told the BBC post-match. "I knew it would come at some point because I’ve been working really hard for [a long] time. I was happy for myself personally - for my confidence it is important - for my family, friends, people who have been supportive and especially the manager, who has been really supportive.

"Since the first day the manager came in he told me he has big faith in me and belief in me and I should keep on working hard and it will come. It may take long but at some point it will pay off and today it paid off. We’re all glad… Today there were negatives and positives but I think it was a good result."

Continuing to focus on the goal, Ayew said he has experienced some misfortune at times but today felt luck was on his side.

"I hope [I continue to score], I hope so. But the most important thing for me is to make sure I work hard for the team."

Finally, the forward turned his attention to the game as a whole, saying:

"I don’t know the reason why we played really, really well and at some points we just stopped playing. Sometimes we were sucking in the pressure and conceded two goals in five minutes.

"In the dressing room we made some corrections and went back for the second-half with a bit more desire, more high up the pitch and that allowed us an equaliser."