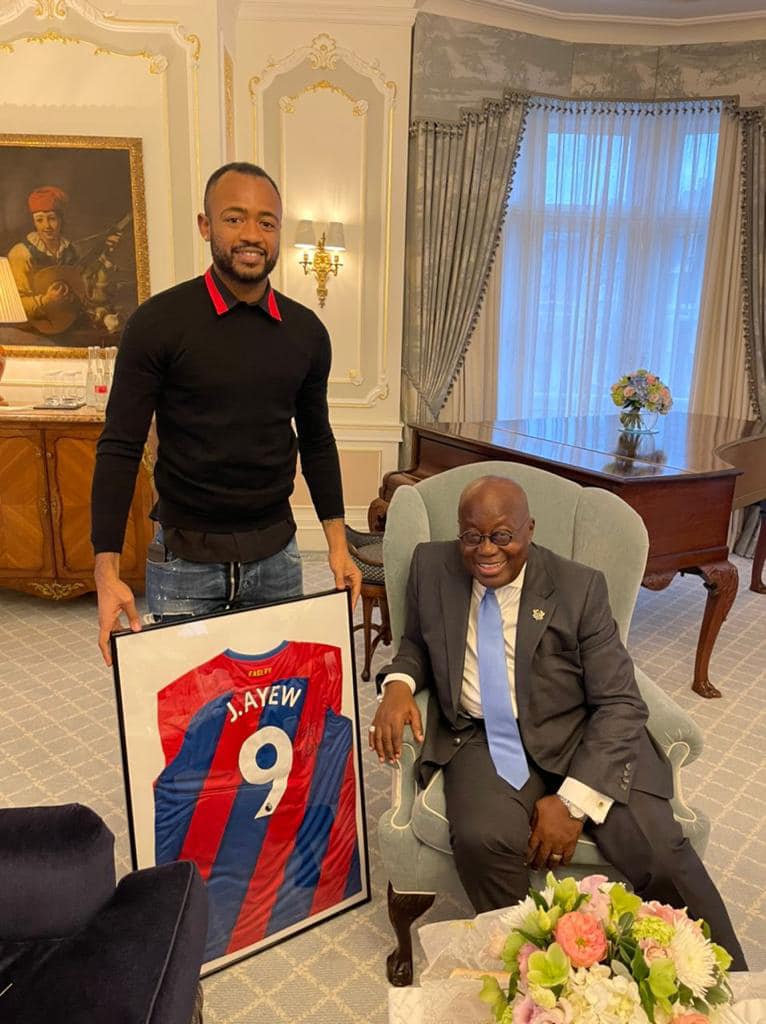 Crystal Palace and Ghana striker Jordan Ayew met President Nana Addo Dankwa Akufo-Addo after his goal in a 3-0 win over Arsenal on Monday at Selhurst Park.

Jordan Ayew scored the second goal for Palace, incidentally, his second goal of the season and later met the President who was in London to launch the government’s flagship tourism drive projects.

Photographs from the meeting show the striker presenting the President with his jersey and also in a hearty conversation with the President.

Ayew was one of two Ghanaian internationals who started and lasted the entire duration of the game against Arsenal. His compatriot Jeffrey Schlupp also had a good game in midfield for Palace.

Watch Photographs of Jordan Ayew's meeting with President Akufo-Addo below;