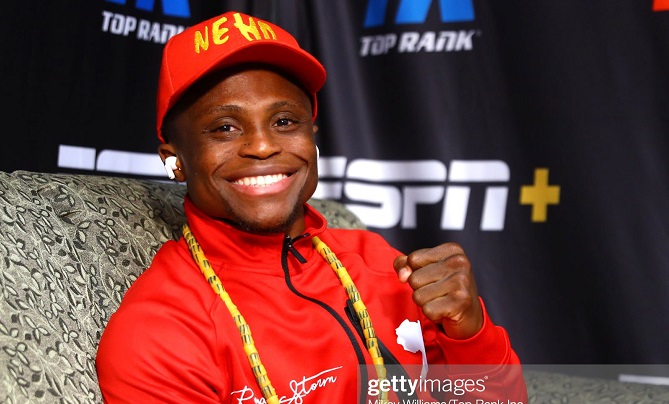 Former World Boxing Organisation (WBO) super bantamweight champion, Isaac ‘Royal Storm’ Dogboe is in line to fight for a vacant WBO featherweight title if the belt is declared vacant by the sanctioning body.

Dogboe (24-2, 15 KOs) secured a shot at the title after a split decision victory over Joet Gonzalez last July.

The 28-year-old hard-hitting fighter is yet to return to the ring after that career-defining win over Gonzalez and could be ordered to face an opponent for the WBO featherweight title in the coming months.

The Ghanaian’s chances of becoming a two-division world champion are on course after WBO featherweight titlist Emanuel Navarrete moved to 130 pounds to challenge for the vacant WBO super featherweight belt on February 3 against Liam Wilson.

However, the Mexican slugger has yet to make an official decision on his future at 126 and vacating his featherweight title.

“Let’s see how things evolve,” Navarrete told Izquierdazo. “We will see how I feel (at 130 pounds), and then make the right decision. It all depends on how I perform in February and analyse the result. How my body assimilates the new weight class and things like that.”

Navarrete also admitted to his struggles in making the featherweight limit of 126 pounds.