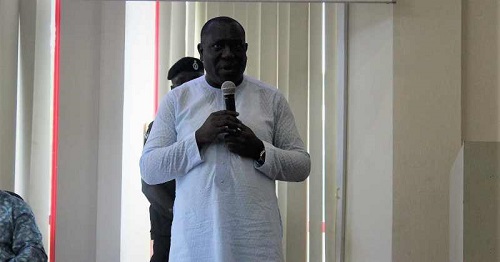 Accra Hearts of Oak has denied reports that board member of the club, Vincent Sowah Odotei, has been appointed MD of the club.

The legislator was linked to the Hearts of Oak top job after reports surfaced that MD of the club, Frederick Moore, has resigned.

However, a statement issued by the club said the La Dadekotopon law maker had not been handed the job and asked that speculations to that effect must be disregarded.

"The management of Accra Hearts of Oak Sporting Club Limited wishes to notify the General Public especially the sporting public that Hon. Vincent Sowah Odotei has not been appointed as the Chief Executive Officer of the club as speculated by a section of the media," the statement said.

According to the statement, Odotei has not even expressed interest in the position and therefore can not be true that he has been handed the job.

"We also want to put on record that the Member of Parliament for La Dadekotopon who also doubles as the Board Member has not expressed interest in the position," the club said.

“We wish to appeal to all especially Phobians to disregard the speculation in the media space and continue to offer their unflinching support to the team as we strive to achieve success in the ongoing 2020-2021 football season”, the statement concluded.