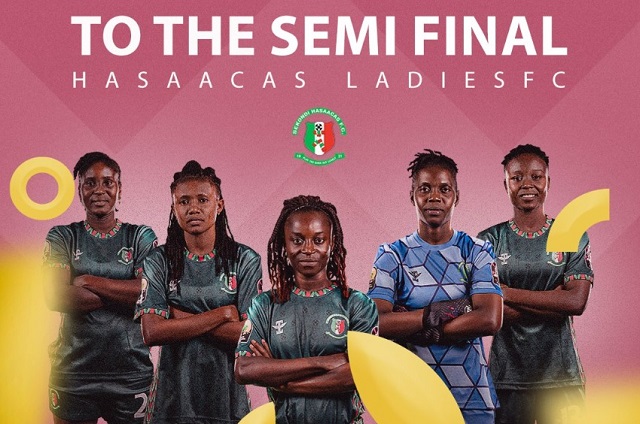 Ghana’s representatives at the CAF Women’s Champions League, Sekondi Hasaacas recovered from two scary moments to draw 2-2 with Egypt’s Wadi Degla in their final Group A game at the ongoing competition in Cairo.

Twice, the West Africa Football Union (WAFU) Zone B and Ghana double champions had to come from behind to share the points against the Egyptians who desperately needed to win to remain in the competition.

Hasaacas Ladies had already secured their semi-finals ticket coming into this game, but they were eager to keep their unbeaten run, while Degla needed to win to stand a chance of picking the second spot from the group.

In regulation time, the match ended 2-2, signaling the end of the road for the hosts, as Malabo Kings picked the second slot from the group after their 1-1 draw game with Mali's AS Mande in the other group game.

Coach Yussif Basigi made two chances to his winning starting line-up, choosing to rest two key defenders, Blessing Shine Agbomadzi, who received a minor knock in the second game, and Azumah Bugre who was on a caution. In their places, he handed starting roles to Comfort Owusu and Doreen Copson. 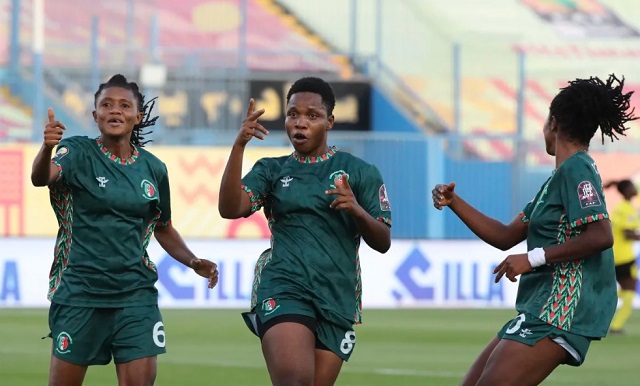 The Egyptians took an early lead, fetching the opener through Jasmin Theresa.

The celebration that heralded the goal was however, short-lived as Faustina Nyame Aidoo equalised for Hasaacas Ladies.

Not a side to give up, Noha Mamdouh put Degla ahead again with her second goal in the tournament from a free kick, completely beating Grace Banwa who was off her line, to end the first half 2-1.

The WAFU Zone B Champions resumed the second half with some urgency and were rewarded with a goal from a Veronica Appiah strike.

From then, both sides tried fruitlessly to take the lead again, but it was the Ghanaians who benefitted from the result as it stood and when the final whistle went, Degla’s hopes of qualifying for the semi-finals were dashed, while Hasaacas Ladies did not only keep their unbeaten run, but finished as group leaders on seven points.

Malabo Kings, who played a role in Degla's exit, made sure of their qualification when they came from behind to draw 1-1 with Mali and WAFU Zone A representatives, AS Mande in the other Group A match.

Malabo Kings had beaten Degla 3-0 in the second game to revive their hopes, having lost 1-3 to the WAFU Zone B champions in their opening game.

In the final game, the Central Africa representatives and Equatorial Guinea champions had to come from behind to save their campaign after going down 0-1 in the early stages of the first half when Bassira Toure gave Mande an early lead.

Muriel Lynda got the equaliser to claim a point in the game, and deny the Malians their first win at this competition.

The 1-1 draw meant Malabo Kings picked the second slot ahead of Degla, on the head-to-head rule as they both finished the group campaign on four points.