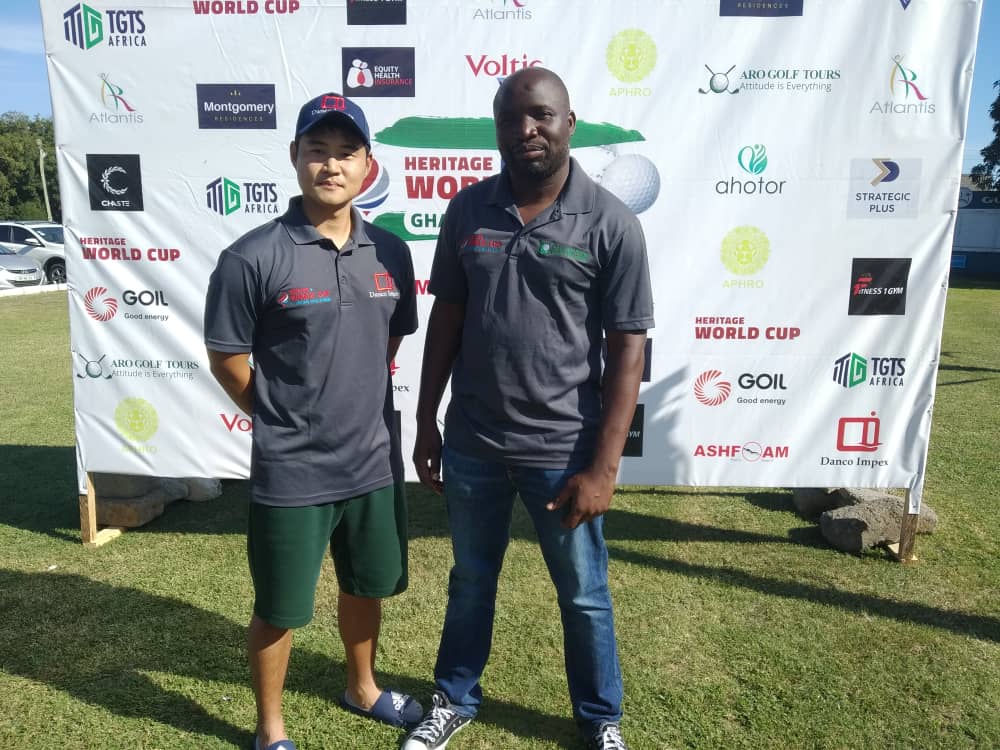 Amateur golfers Ross Han and Garikai Ndlovu will represent Ghana at this year's Heritage World Cup in Mauritius after winning the qualifier last Saturday at the Celebrity Golf Club at Sakumono.

For their prize, the duo won an all-expenses-paid trip to represent Ghana at the Heritage World Cup, a contest between the best amateur golfers from 26 nations which takes place between October 11 to October 16, 2021, in Mauritius.

According to the organisers, ARO Golf Tours, the tournament formed part of efforts to provide Ghanaian amateur golfers with the opportunity to test themselves against the best in the world.

The ARO Golf Director, Isaac Aninakwa, said his outfit was also interested in developing the sport at the grassroots level and as a result held a golf clinic for children before the qualifier.

The Men's Group B title was claimed by Dennis Addo who, playing off handicap 24, carded a score of 65 net to beat Yang Weiqiang (69 net, handicap 20) and Gustave Godonu (71 net, handicap 19) to second and third place respectively.

Li Ping Wang claimed the Ladies Group B trophy with a net score of 65, five shots fewer than second-placed Sara Jiang and third-placed Alberta Lomofio, while the close contest in the Ladies Group A was won by Pamela Atila with a net score of 71, playing off handicap 18, edging Grace Afriyie (72 net, handicap 9) and Bernice Esi (73 net, handicap 9) to second and third place respectively.

All winners were presented with crystal trophies, as well as products and services from the tournament sponsors.