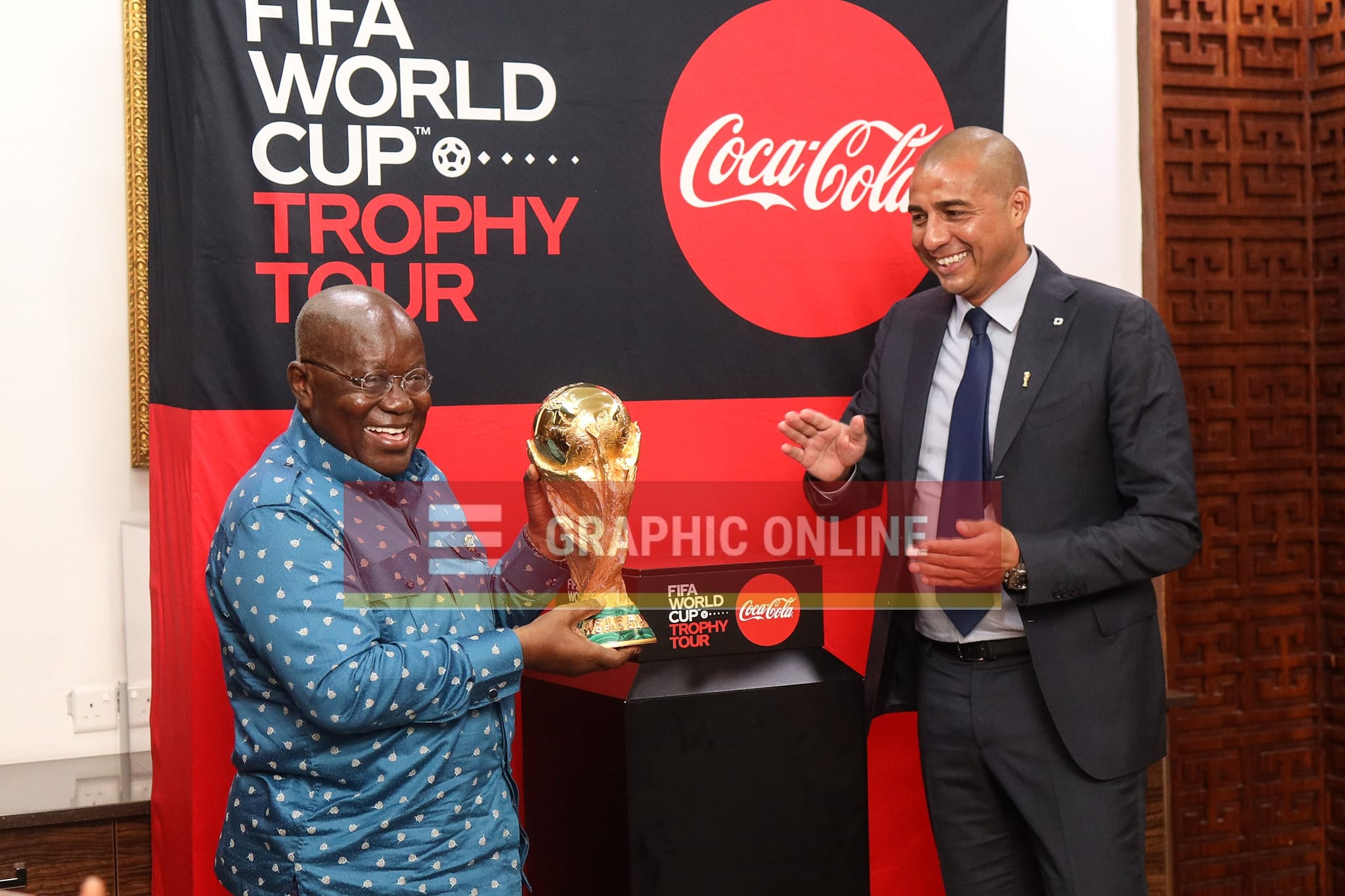 President Nana Addo Dankwa Akufo-Addo has predicted that Ghana will become the first African country to win the FIFA World Cup at this year's tournament in Qatar.

The President made this known in a speech read on his behalf by the Chief of Staff, Frema Osei Opare at a dinner held on Saturday night in Accra as part of a two-day tour by the World Cup trophy in the country.

"I am of the firm conviction that Ghana will not only participate in the competition but will make the whole nation and by extension the African continent proud, with a great performance," the President said.

"I, therefore, want to urge all Ghanaians, in conclusion, to throng the Accra Polo Court to view the trophy and to be part of history, before we finally bring the cup home on 18th December. We, who were the first to gain our freedom and independence from colonial rule, will be the first to bring the World Cup to Africa".

Ghana's Black Stars are scheduled to play Portugal on November 24, South Korea (November 28) and Uruguay (December 2) in Group H of the World Cup and like many Ghanaians the President has his eye on the grudge tie against the Uruguayans.

Echoing the hopes of the nation ahead of the grudge match, President Akufo-Addo said Ghanaians had waited for 12 years to avenge the painful penalty shootout loss to the Uruguayans.

Referencing the infamous handball incident by former Barcelona forward Luis Suarez which denied Ghana a place in the semi-finals of the 2010 World Cup in South Africa, President Akufo-Addo said the Uruguayans will be defeated by the Black Stars this time round.

He said: "We have also had to wait for twelve (12) years to get revenge against Uruguay, and we assure them that, this time, the hand of Suarez will not save them against the Black Stars of Ghana. They are going down!!".