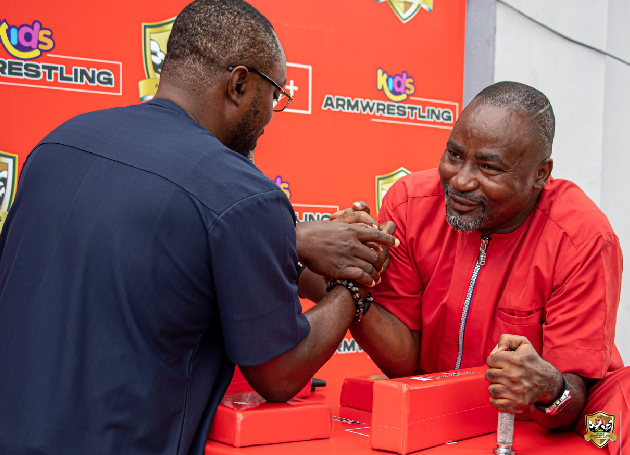 Major stakeholders in Ghana Armwrestling will converge in the Western Regional capital, Takoradi on Friday, September 16, for their Annual General Meeting (AGM) ahead of the regional HD+ Kids Armwrestling Championship.

A statement issued and signed by the Administrator of the federation, Mr Kenneth Odeng Adade, said the AGM would be attended by the various decision makers of the fastest growing sport in the country and the occasion would deliberate on the future of the sport.

The AGM would touch on a 2030 developmental strategy for Ghana Armwrestling with respect to establishing more regional associations to make up for the 16 regions in the country, grassroots development, promotion and marketing of the sport.

“Since this is the highest decision-making body of the Federation, we will use the opportunity to also discuss our growth and expansion in other regions so we can decentralize the development and promotion of the sport,” the statement said.

The AGM shall discuss Ghana’s participation in the upcoming World Armwrestling Championship in Antalya, Turkey as well as the federation’s activities for the rest of the year and 2023.

A formal communique would later be signed and issued by the office of the president for circulation at the end of AGM.