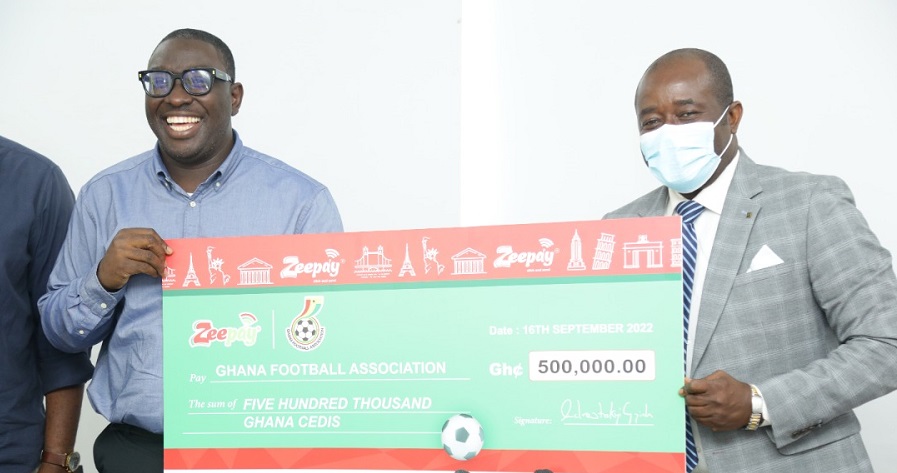 The Ghana Football Association has struck a GH¢500,000 deal with Fin-tech brand, Zeepay, to become the official Fin-tech partner.

Unveiling the one-year deal at the offices of the GFA, the president of the football governing body, Kurt Simeon-Okraku, expressed his excitement about the company coming on board and hope their relationship would last beyond one year.

“We qualified for the mundial on the 29th of March and that would mark our fourth appearance at the World Cup and ever since it’s been quite interesting and exciting.

"We are supper happy that today we have a new partner in Zeepay. Indeed, this relationship is for an initial one-year period and it’s our hope that it will be a marriage that would last forever," Mr Simeon-Okraku said.

While expressing his wish for a lasting relationship, the FA president acknowledged that it can only happen if both sides honour their side of the bargain and promised that football body would not renege on their side.

“But we also know that, that can only happen if both parties behave very well. It is our vowed commitment to behave extremely well and what that means is that we expect same from Zeepay.