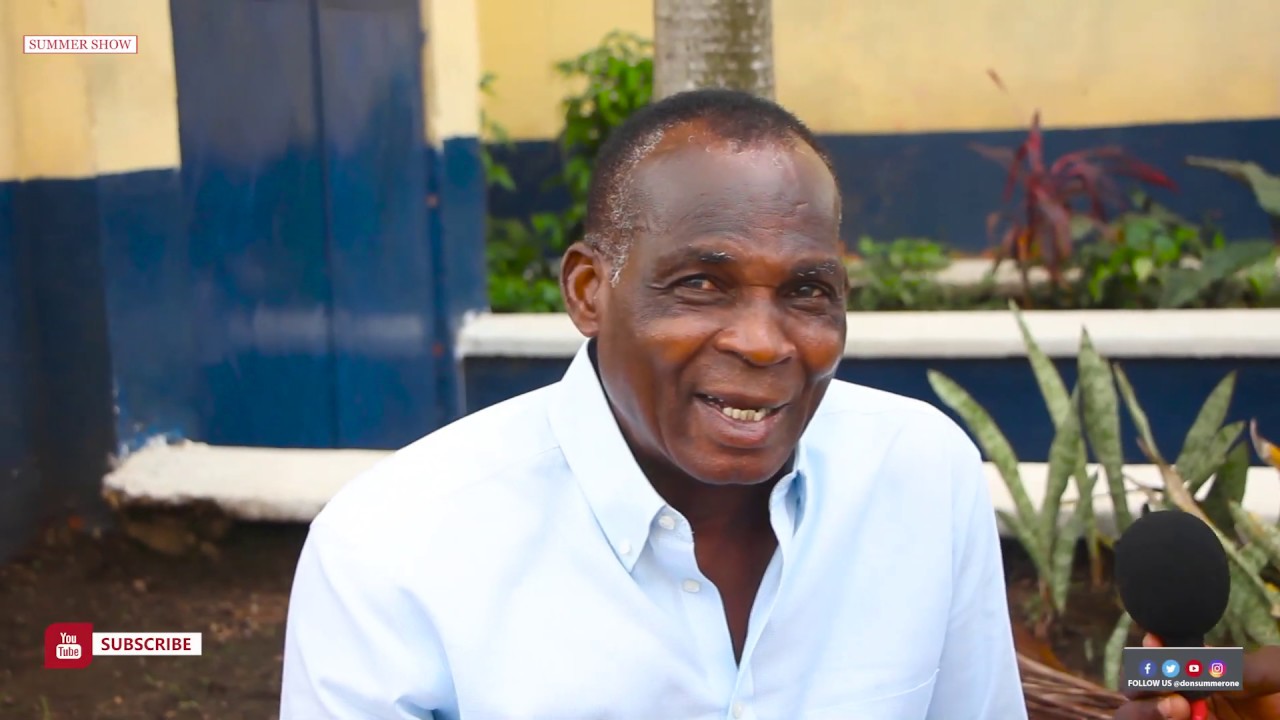 Malik Jabir, the captain of the victorious Black Stars team that defeated the Super Eagles of Nigeria 3-2 on Monday, February 12, 1973, in a FIFA World Cup Qualifier has recalled with sadness the circumstances that led to the burning of the supporters' bus at the Lagos stadium.

According to Jabir now 77, the Nigerians were so confident of victory because they had defeated a depleted Black Stars squad in the run-up to the match.

He said himself, John Eshun and some other key players of the Black Stars missed the game because they had gone to represent a team of African stars in Brazil.

He said on their return from Brazil, he joined the squad as captain for the trip to Lagos, Nigeria. 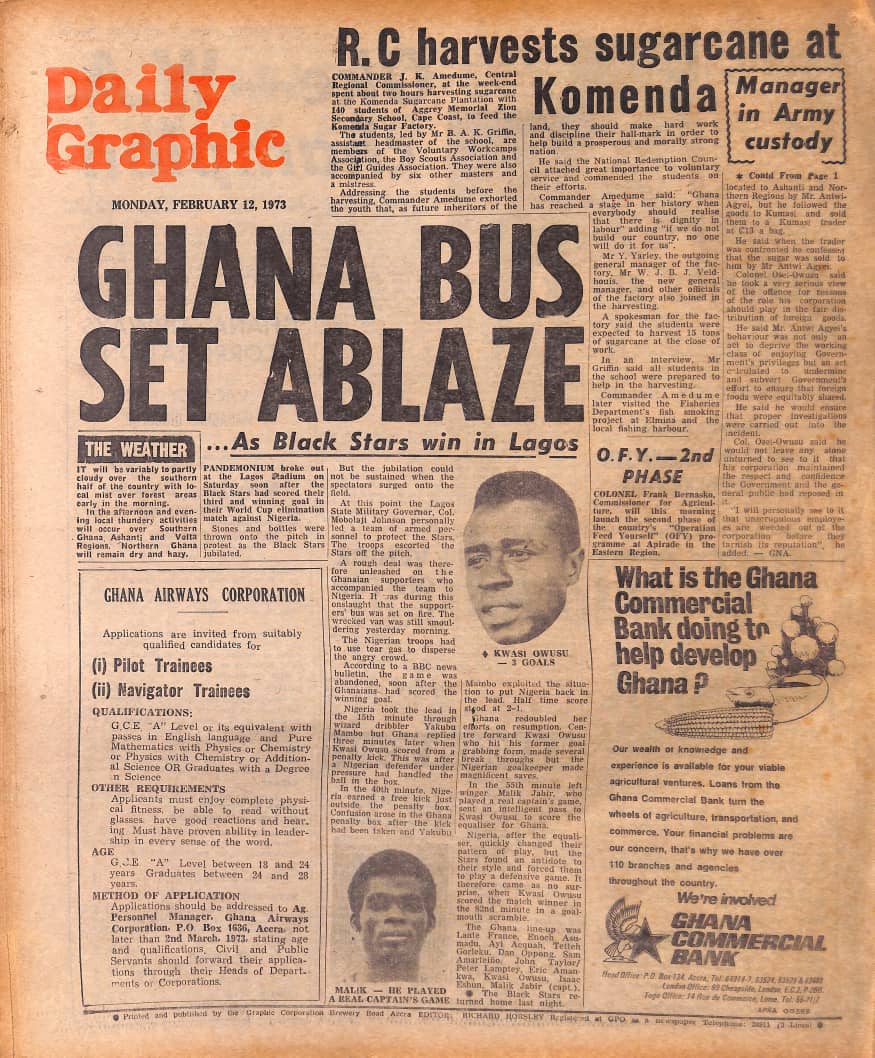 Jabir said tempers were further inflamed when he granted an interview to the press on arrival in Nigeria.

"When we got to the airport, we were met by more than 40 journalists asking questions and I told them that as for a game between Ghana and Nigeria, everybody knows the result and Ghana will always win," Jabir said in a telephone interview.

"This issue was all over Nigeria and they described me as the 'Captain wey dey yap'".

He said he realized how serious the situation was when the Black Stars team bus got to the stadium and the entrance was blocked with fans demanding that he (Jabir) be made to disembark until the intervention of the security which allowed passage to the Black Stars.

Jabir further disclosed that the heat was also felt on the pitch with the captain of the Super Eagles also taking strong exception to the airport interview.

He said in the presence of the two teams, the Nigerian captain asked if he was fit to be Ghana captain, to which he responded in a crude manner to the hearing of all who were present.

"I can't repeat what I said but not knowing when they went out they announced it and all their officials and fans were infuriated but we didn't know because we were underground but true to my word, they were beaten just like yesterday," Jabir recalled.

He said after lobbing in a cross from the left flank that led to Kwasi Owusu's winner, pandemonium broke out at the stadium with players being held hostage on the pitch.

"They decided to beat us, It was terrible oh. To get from the pitch into the dressing room, we couldn't. It took us the whole day because each time we would try to get close they will throw bottles down at us and it was more than a bomb so we had to seek shelter in the middle of the pitch".

He said but for the intervention of the Nigerian President who dispatched an armoured vehicle to ferry the players off the pitch in batches to the team hotel, it could have ended in disaster.

"The following morning, the late General Acheampong brought a plane and took us back to Accra," he said.

He said it was deplorable that over 40 years after that incident, African football was still recording disturbances because of match outcomes.

Jabir blamed the disturbances that occurred on the pitch on Tuesday at the Moshood Abiola Sports Stadium in Abuja on the Police to population ratio in Nigeria which he said was inadequate.