Edmund Addo ruled out of Ghana squad due to injury 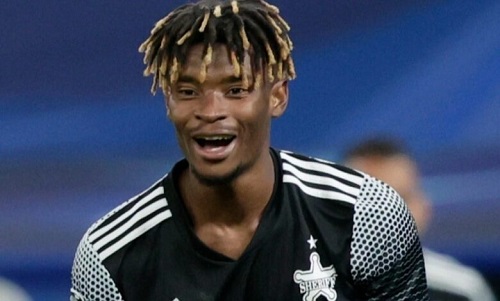 Ghana’s Edmund Addo’s quest of playing a significant part in Ghana’s qualification to the 2022 World Cup in Qatar suffered a major blow after the player was ruled out due to injury.

The 21-year-old Sheriff Tiraspol midfielder was said to have complained about pains in the thigh while training and has been asked to fly back to Moldova for further medical attention.

According to reports, the player who touched down in the country last Monday ahead of Ghana’s game against Nigeria was subjected to a further scan to ascertain the cause of the pain which revealed a tear in the muscle.

“Edmund complained of pain in the right thigh so we decided to take a scan to know the real situation” Team Doctor Adam Baba told Ghanafa.org.

Doctor Baba confirmed that it would take between two to three weeks to heal but noted that the decision to allow the player to fly back for further treatment was taken between him and the coach.

‘’Unfortunately, the scan results revealed that he has a tear in the right thigh and would need two to three weeks to recover so I informed the Coach about it and the decision was that we should allow him to travel to Moldova for treatment’’ he added.