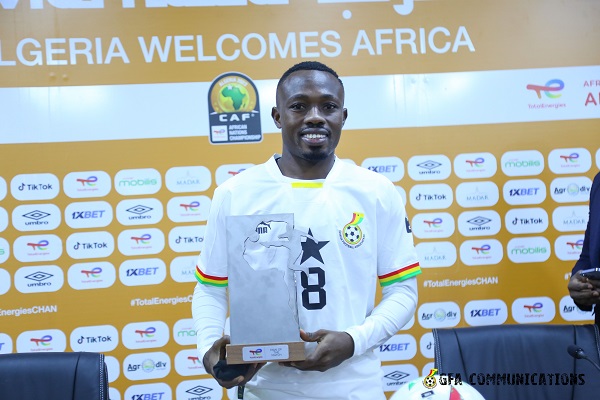 Black Galaxies midfielder, David Sandan Abagna, was voted the Player of the Match during Ghana 3-1 win over Sudan in the Championship of Africa Nations (CHAN) game on Thursday.

The 24-year-old RTU player was instrumental in the Galaxies midfield as he dictated the pace and preventing the Sudanese from causing further havoc.

Ghana went down in the 30th minute but fought from a goal down to beat their Sudanese counterparts to pick a slot in the quarter final.

He is expected to play a very influential role in the Black Galaxies next game scheduled for January 28.

Abagna has been key player for RTU in the betPawa Premier League this season and this explains why Accra Hearts of Oak are stampeding for his signature.