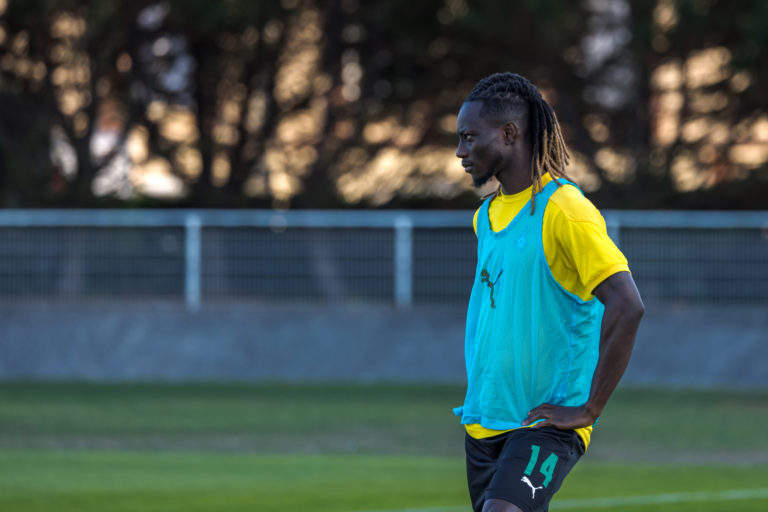 Gideon Mensah on build up to Brazil friendly, new players, and the readiness for the World Cup
30.5k Shares

Ghanaian football fans will be glued to their television sets tonight when their cherished Black Stars battle it out with their Brazilian counterparts in a thrilling international friendly in Le Havre, France.

The ‘David and Goliath' affair is to test the Black Stars' combat-readiness for their fourth FIFA World Cup appearance at Qatar 2022 in November-December.

Already, Coach Otto Addo and his technical team have the luxury of preparing with all the invited players for the high-profile match against the five-time world champions.

Men for the job

Others hoping to make their maiden caps in style for the Black Stars are Inaki Williams, Tariq Lamptey, Salisu Mohammed, Stephan Ambrosius and Ransford Yeboah Konigsdorffer, who seem to have warmed themselves into the team already as was evident in the dance skills they exhibited to the admiration of the old players during their ‘initiation' in camp, as part of team bonding.

Just like Ghana, Brazil, who come into this game with a 13-match unbeaten record and a total of 30 goals scored, are not taking any chances as revealed in their squad.

The South Americans have assembled almost all their top players, including Paris Saint-Germain forward, Neymar, and the Real Madrid duo of Vinicius Jr and Rodrygo.

Notwithstanding Brazil's pedigree in international tournaments, the less-fancied Ghanaians have also expressed their desire to prove their mettle by exhibiting a high standard performance to give their countrymen a foretaste of what to expect in the upcoming FIFA World Cup in Qatar.

For instance, Brighton defender, Tariq Lamptey, who is seeking a dream debut against Brazil, said in an interview that he was proud to join the team ahead of today's pre-World Cup friendly.

“I am just really excited to come here and get to work. I am very happy and looking forward to the game,” he said.

“I feel really good; training has been really good, it's good to know everybody. There is a very high quality here and we are working hard in training, listening to what the coach has to say and looking forward to the game,” he noted.

It is important to note that Lamptey's sentiments capture the mood in camp as all the players appear excited to make it count against the Selecao in this all-important assignment.

Available records indicate that Ghana has lost all four previous clashes against Brazil, hence the need for Coach Otto Addo and his men to change the script this time round.

On paper, the task appears herculean but not unsurmountable, as the Ghanaian side equally has talent in-depth to ensure a decent result against the star-studded World Cup giants.

Most significantly, the game will offer Coach Addo and his assistants a fine opportunity to assess their men and settle on those who can make the nation proud in Qatar.

After today's match, Ghana will travel to Spain to encounter lowly-ranked Nicaragua in their second warm-up match on Tuesday.