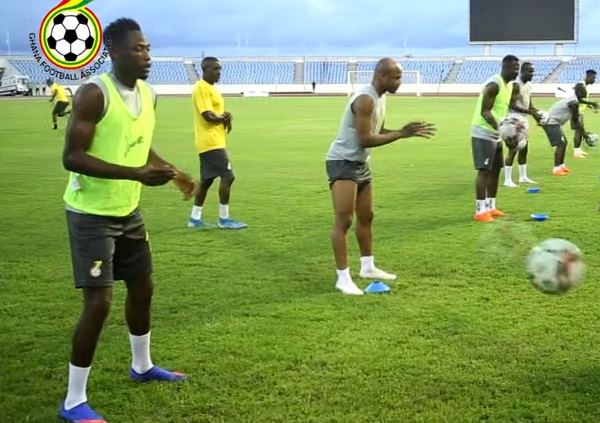 Rahman, a reserve player of Chelsea, last played for the Stars at the 2019 Africa Cup of Nations in Egypt after picking a career-threatening injury at that tournament.

The Stars arrived in Cape Coast yesterday afternoon to finalise their preparations towards the game against Sudan at 4 p.m. tomorrow.

The spokesman of the Ghana Football Association (GFA), Henry Asante Twum, revealed this to the Daily Graphic yesterday.

The new arrivals will be a big boost to Coach Akonnor as only 10 players turned up for the first day of training at the McDan La Town Park last Monday.

The current squad size means Ghana will not fall foul of the Confederation of African Football's latest COVID-19 guidelines, which stated among others, that a team will be considered to have lost 2-0 if it is unable to field a minimum number of players required — 11 plus four substitutes.

The list of withdrawals on the part of Ghana increased on Monday following the confirmation of a thigh injury sustained by Arsenal midfielder, Thomas Partey, during Arsenal's 0-3 loss to Aston Villa in the English Premier League last Sunday, and Real Mallorca midfielder, Iddrisu Mohammed Baba.

Aside from that, Columbus Crew right-back, Harrison Afful, and Jiangsu Suning FC's Mubarak Wakaso could not be released by their clubs, while Germany U-21 attacker, Jamie Leweling, has reportedly turned down his first-ever call-up to the Black Stars.

The Black Stars will travel to Khartoum to play Sudan on November 17 in the reverse tie.

Meanwhile, the Director-General of the National Sports Authority (NSA), Prof. Peter Twumasi, has revealed that CAF had agreed to allow 200 supporters at the Cape Coast stadium to cheer on the Black Stars against Sudan tomorrow but his outfit was still negotiating for more fans at the stadium.

Disclosing this to the Daily Graphic in an exclusive interview yesterday, Prof. Twumasi, however, stressed that the NSA would leave nothing to chance in ensuring that both fans and players complied with the COVID-19 protocols.