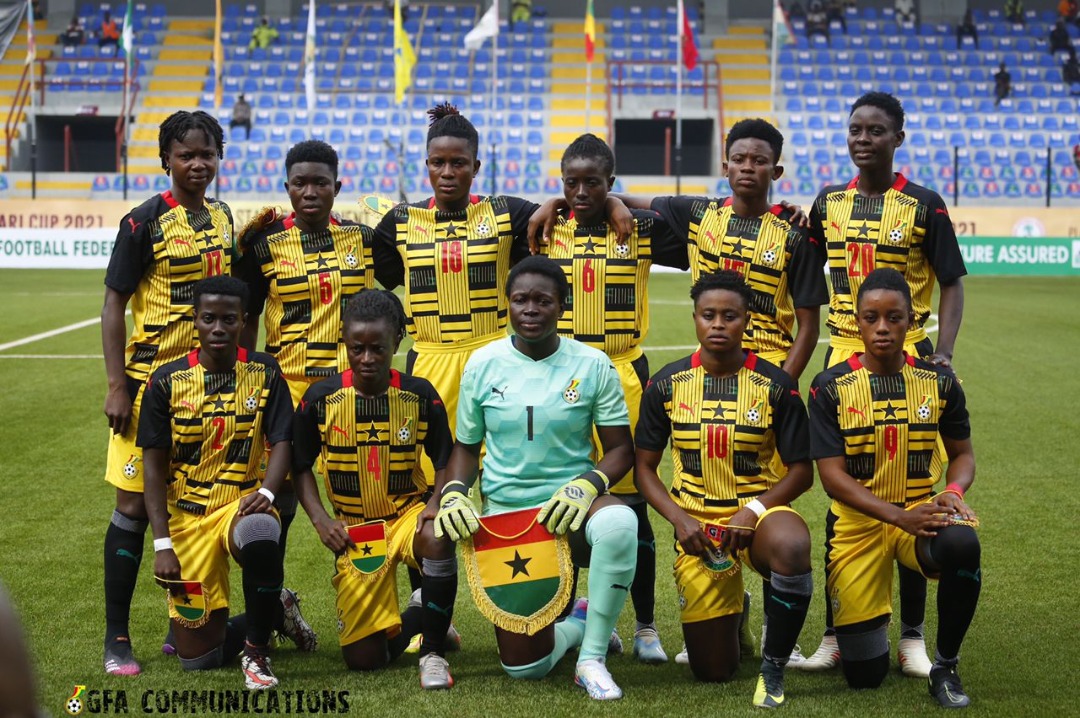 Ghana’s Black Queens were beaten 2-0 by rivals, Nigeria’s Super Falcons in the first leg of their opening round of the 2022 Africa Women’s Cup of Nations (AWCON) qualifier played at the Mobolaji Johnson Stadium in Lagos, Nigeria on Wednesday.

The nine-times winners and defending AWCON champions, Falcons got the better of their Ghanaian rivals with a first half double from striker Uchenna Kanu.

The Swedish side, Linköpings FC striker scored in the 16th minute when she soared above her markers to head home past goalkeeper Fafali Dumehasi and before the first half break, made it 2-0 connecting from a corner kick.

The Queens came back stronger in the second half but were unable to get a goal as the resolute and experienced Nigeria defence kept the pair of Princella Adubea and Sonia Opoku at bay.

Unable to get a consolation, the Queens head back home tomorrow to review their performance and prepare for a must-win second leg to be played at the Accra Stadium on Sunday.

If the Queens fail to win the return leg, it will not only be the end of the AWCON 2022 campaign for them, they will also miss out on the 2023 Women’s World Cup.

In other games, 2018 silver medalists, South Africa, won 7-0 away against Mozambique.

Kenya also earned an emphatic 8-0 win over South Sudan, who are competing in the qualifiers for the first time, while Cameroun won narrowly 1-0 away to Central African Republic, with Tunisia also thrashing North African neighbours, Egypt 6 -2 away in Cairo.

The eventual winners of the first-round ties will advance to the second round of qualifying, which will decide the 11 nations to join hosts Morocco at next year's finals.