Charles Akonnor: No Hearts of Oak return on the cards 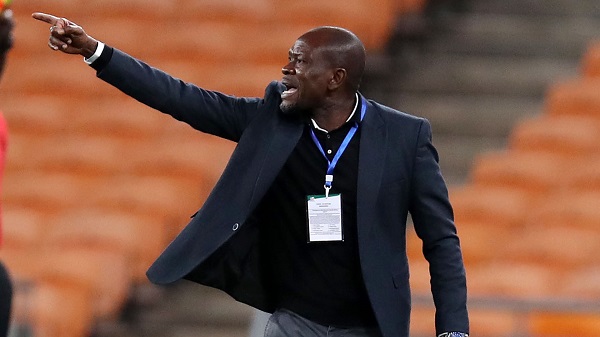 FORMER Black Stars Coach, Charles Kwablan Akonnor, has distanced himself from reports of a possible return to his former club Hearts of Oak, denying a report that he has been lined up as a replacement for Samuel Boadu.

Since Boadu parted ways with the Phobians, the club’s management has been in the market looking for a head coach with some expatriates and Akonnor linked to the job.

However, he told the Graphic Sports that he was surprised by news of a return to the club as a decade after he was relieved of his post by the Hearts management, following which he joined Dreams FC, Ashantigold and Asante Kotoko before taking up coaching roles with the senior national team.

Akonnor, who has been unemployed since being sacked as Black Stars coach in September last year, said he had not made any contact with any official of Hearts and the rumours linking him with the club were a figment of someone's imagination.

"It is not true that I am being considered for the Hearts of Oak job because no one has spoken to me on that," he said while expressing surprise about his linkage to the 2020/21 Premier league champions.

Coach Akonnor said he believed people were linking him to the Hearts job now because of his experience as a former Black Stars coach, and that considering the pedigree of Hearts, it was expected that whichever coach was appointed must have some clout and a rich CV, which he believed might have fuelled the rumours.


Coach Akonnor, 48, is no stranger to the Hearts job, having succeeded Nebojsa Vucicevic in March 2012 but was axed in November of that same year following a poor start to the Premier League season where he picked just four points out of a possible 15 points.

Akonnor is one of the few Ghanaian coaches who has coached both Hearts and Kotoko and his credentials also include previously coaching some local clubs such as Ashantigold, Dreams FC and Sekondi Eleven Wise.

Hearts are still in the market hunting for a substantive coach with reports indicating that former Kotoko coach, Prosper Nerteh Ogum, had turned down an offer for the job. However, Black Galaxies and Samartex 1996 coach, Annor Walker, has disclosed that he had been approached by Hearts concerning the vacant job.

Three weeks ago, Hearts appointed David Ocloo as the assistant coach but was tasked to act as head coach as he led the team to play against AS Real Bamako of Mali in Confederation Cup first round.