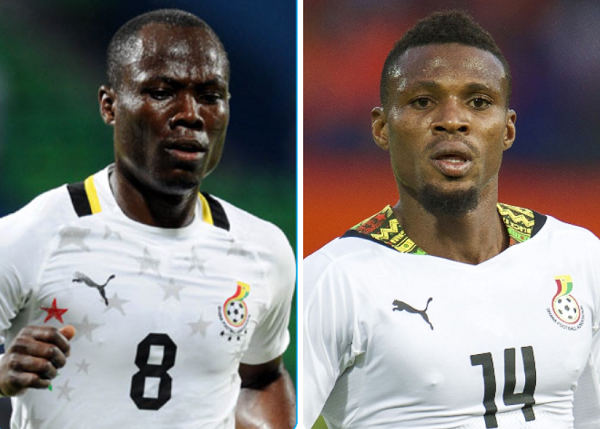 With six games to end the current Ghana Premier League season, several former national stars are already eyeing a return to the national topflight next season.

Free agents including skipper Asamoah Gyan, Emmanuel Agyemang Badu and Jerry Akaminko who are all in their thirties told the Graphic Sports that they are open to lacing their boots for GPL clubs.

For Gyan who has been without a club since October 2021 when he departed GPL side Legon Cities, a return would be contingent on regaining peak physical fitness.

The former Liberty Professionals man also stated that he still had dreams of signing for GPL giants Kumasi Asante Kotoko.

"I support Kotoko, It's in my plans to join Kotoko but as I always say I have to be fit," the 36-year-old said.

"You cannot have the talent and not be ready. Talent-wise, I am sure everybody will agree with me but the most important thing is to get back in shape and make sure there is no injury then I can decide".

Former Hearts of Lions defender Akaminko who has been without a club since 2019 noted that the standard of football in the GPL had improved since he departed for Turkish club Orduspor in 2008, adding that he will be lacing up his boots for the next season.

"With Sulley (Muntari) and Inkoom (Samuel) already playing (for Hearts of Oak), I think it's a good thing and it's giving us hope that we can also play," the 34-year-old said.

For former Udinese man, Agyemang-Badu, 31, his first option is to make a return to Europe but he is still open to playing in the GPL.

"My first option is I want to go back to Europe and my agent is talking to certain clubs (in Europe) but nothing is confirmed yet because the window (transfer window) is closed now and will be opened from next month.

"I still have an eye to come home to play in the Ghana Premier League. Everybody knows the soft spot I have for Kotoko and I don't hide it anywhere, It will be an option but whoever comes with a great deal, I will take it up but the first option will always be Kotoko".