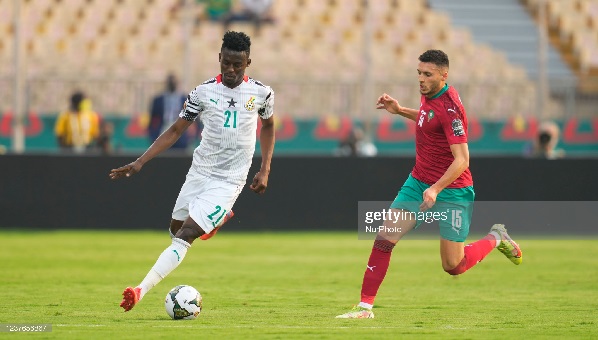 Real Mallorca midfielder, Baba Iddrisu is set to miss out on the Black Stars final Group C encounter at the Stade Roumdé Adjia in Garoua on Tuesday against Comoros through injury.

The 25-year-old is out of coach Milovan Rajevac’s team to play in the must-win game with Comoros having failed to recover from his muscle strain in the 1-1 stalemate with Gabon.

Iddrisu was replaced with Joseph Paintsil in the 65th minute after a muscle pull in the Stars game against Gabon.

Confirming Iddrisu’s inability to feature in Tuesday’s game against Comoros, a source close to the Stars camp told the Graphic Online that the defensive midfielder has been training alone.

The source noted that it will be too early for Iddrisu to return to the team due to the extent of the injury.

“He won’t be able to play against Comoros because he is yet to recover fully from the injury in the Gabon game.

The Black Stars arrived in Garoua on Sunday for their final preparations ahead of the game with Comoros at the Stade Roumdé Adjia in Garoua on Tuesday.