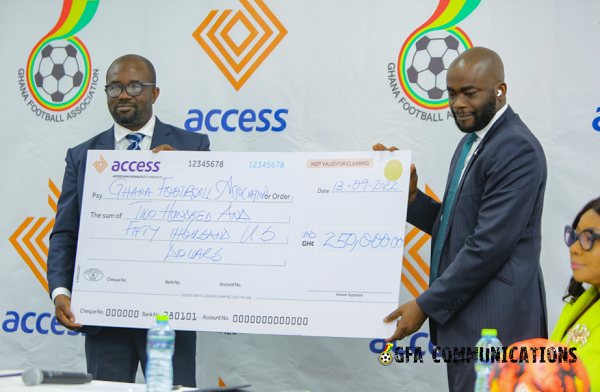 Ghana-based full-service commercial bank, Access Bank Ghana Plc has been named the headline sponsor for the next Division One League (DOL) season by the Ghana Football Association (GFA).

The one-year deal worth $250,000 announced today in Accra also makes the bank the official banking partner of the GFA.

In an address, the GFA President, Kurt Okraku said all the 48 Division One League clubs were expected to open accounts with Access Bank as part of the deal.

"When I took office as GFA President, I told my General Secretary that we have been doing business with a lot of banks but we get nothing in return," he said.

"Hence, any bank that wants to sustain their business with us must be ready to invest in the products of the GFA. Access Bank are the only bank that accepted that directive and is investing Two Hundred and Fifty Thousand ($250,000) into Ghana football for a one-year period.

"They will be the official banking partner of the Ghana Football Association. Access Bank will offer Division One League clubs overdrafts and loan facilities as part of their sponsorship package," he added.

The Managing Director of Access Bank, Olumide Olatunji led the Management of the Bank to the GFA Secretariat for the announcement ceremony.