You showed the way, and others followed - Hasaacas Ladies to Bawumia 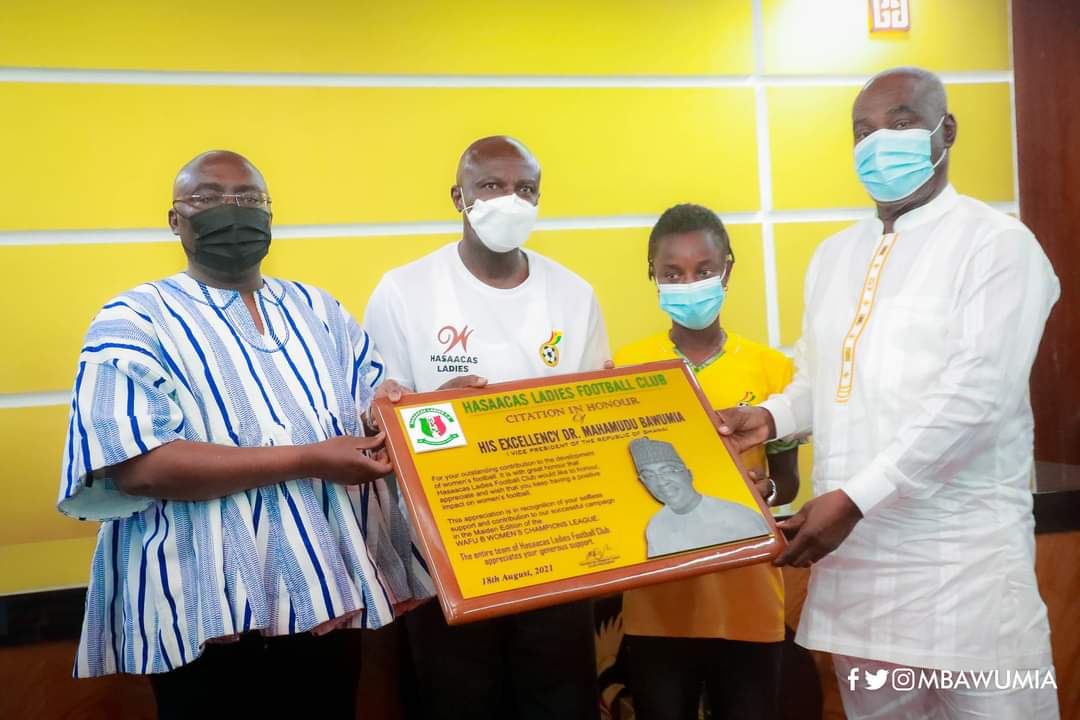 You showed the way, and others followed - Hasaacas Ladies to Bawumia

Hasaacas Ladies, who won the Ghana Women's Premier League and Women's FA Cup competitions, capped a fine season by being the first Ghanaian female club side to win the maiden CAF Women's Champions League for Zone B, which was held in Ivory Coast recently.

But prior to travelling to Abidjan to take part in the competition, the Takoradi-based team were in financial difficulties and launched a public appeal for financial support to enable them travel to take part in the competition as Ghana's representatives. Vice President Bawumia responded to their distress call and donated $10,000 to the team to help them participate in the tournament. 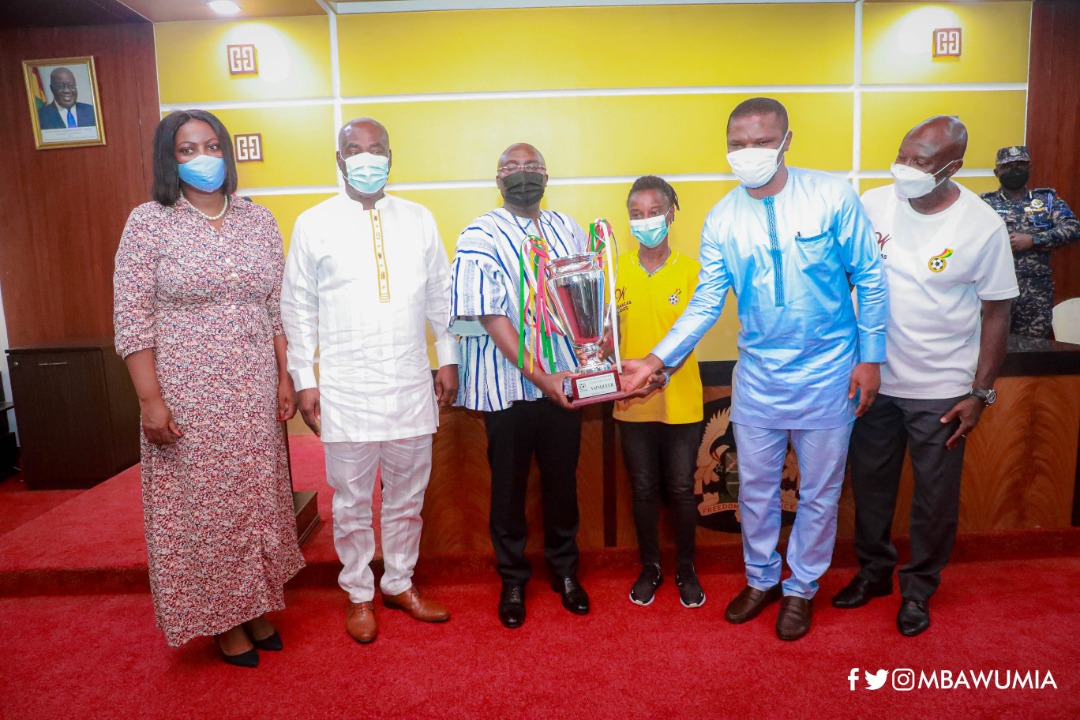 Following their success, the team was at the Jubilee House on Wednesday to present the trophy to him and to also thank him for his support during their time of need.

"Your Excellency, we are very grateful for your generous support and kind words of encouragement which lifted us before and throughout the tournament," the coach of the side, Yusif Basigi said.

"You showed the way and others followed. Your support indeed lifted us; without it, we couldn't have been where we are," he added. 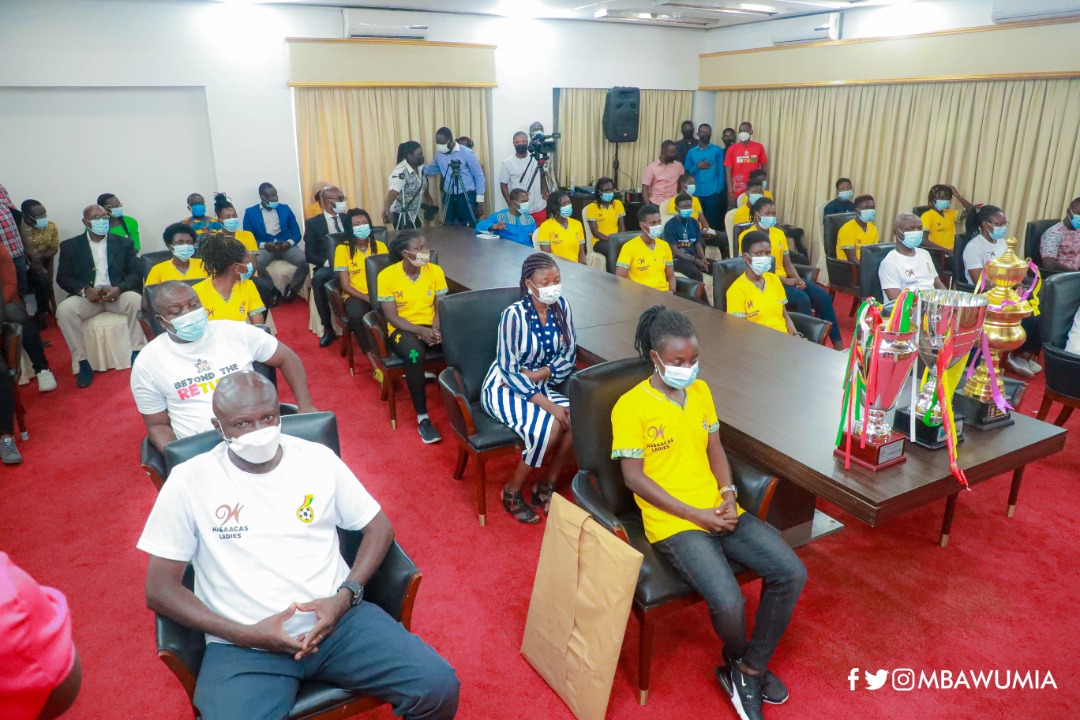 The football club also presented a plaque of appreciation to the Vice President, acknowledging what the club described as his "outstanding contributions" to their success.

"This appreciation is in recognition of your selfless support and contribution to our successful campaign in the maiden edition of the WAFU B Women's Champions League," the plaque read.

"For your outstanding contribution to the development of women's football, it is with great honour that Hasaacas Ladies Football Club will like to honour, appreciate and wish that you keep having a positive impact on women's football."

Dr Bawumia, on behalf of President Akufo-Addo and the government, congratulated Hasaacas Ladies for their historic achievement.

He urged them to replicate their performance in Egypt and bring the main CAF Women's Champions League trophy home.

For winning the trophy in Abidjan, Dr Bawumia presented GHS50,000 Cedis to the team for their efforts.