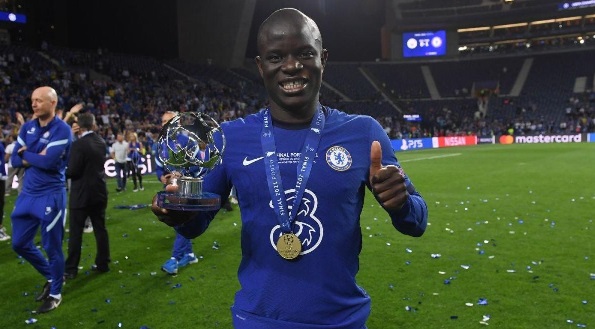 N'golo Kante with his man of the match trophy
30.5k Shares

Joe Cole was full of praise for N'Golo Kante after the midfielder produced an outstanding performance in Chelsea's UEFA Champions League final success against Manchester City.

Kante was excellent as Chelsea prevailed with a 1-0 victory, and Cole described the Frenchman's performance levels as "staggering".

Cole, who played with Makelele, agreed with Lescott's comments.

Speaking on BT Sport, Cole said: “Kante's staggering. I'm shattered just watching him. I played against him in one of my last games.

"I played with Makelele who I thought was the best until I saw this kid. He's got Makelele plus extras."

"In the same way where a striker's got that instinct in front of goal, he's got that in midfield. Gundogan, Silva and Foden couldn't read it, Kante was just on it."

Lescott also spoke about Kante in glowing terms, saying: "They've had Makelele, they've had Ramires, but arguably he's the best ever in that position."

Rio Ferdinand, meanwhile, was eager to point out that Kante often makes a significant contribution both defensively and in an attacking sense.

Ferdinand said: "He does both sides of the game, unreal."

Kante can now add the Champions League to his impressive trophy haul, which also includes two Premier League titles, the FA Cup and the Europa League, and the World Cup he won with France.

The 30-year-old proved extremely difficult for City to deal with in Porto, with his passing being of a very high standard.

There were some difficult moments for Kante earlier in the season but the appointment of Thomas Tuchel as manager helped to bring the best out of him.