Ministry of Youth and Sports, Kwasi Appiah in tango over $105,000 arrears 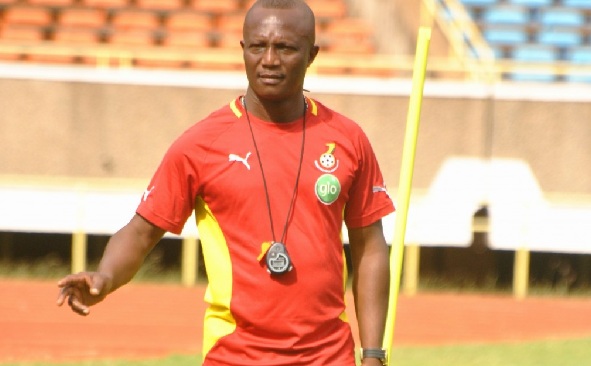 The salary arrears brouhaha of former Black Stars coach, James Kwasi Appiah, has taken another twist, with the Ministry of Youth and Sports (MoYS) accusing the former of refusing to take a cedi equivalent of the balance.

A source close to the Ministry told the Graphic Sports last Saturday that though the paymaster was ready to settle the $105,000 balance in cedis, Coach Appiah turned down the offer, insisting on being paid in US dollars.

When this paper contacted the soft-spoken trainer, however, he flatly denied the allegation which sought to portray him as the one who was putting impediments in the ministry's way.

According to him, he rather contacted the Chief Accountant of the ministry, Mr Emmanuel Oteng, early this year to inform him about the need to pay the balance in US dollars as stipulated in his contract since payment had been delayed for a year.

Coach Appiah further explained that the idea was to discuss how best the two parties could reach an agreement on the specific amount to be paid him in case the ministry decided to pay him in cedis as was the case previously.

He disclosed that the first installment he received in June last year, which covered two months ($70,000) out of the five months arrears, was paid in both cedis and US dollars.

He said he also received an outstanding winning bonus of $20,000 for the two AFCON qualifiers he supervised against South Africa and Sao Tome and Principe in November 2019.

For now, the bone of contention has to do with the mode of payment for the remaining $105,000, which represents three months salary arrears.
While that puzzle remains unsolved, neither party seems to know when the final payment will be made.

The ministry's source could only give an assurance that the bill would be cleared as soon as possible to put an end to the issue.

It will be recalled that the two-year contract of Kwasi Appiah was further extended from August to December by the Normalisation Committee to enable him to prepare the Black Stars for the pending AFCON qualifiers against South Africa and Sao Tome and Principe, which he won 2-0 and 2-1 respectively, home and away.

The former Stars coach earned $35,000 a month, with a double of the players' winning bonus to boot.