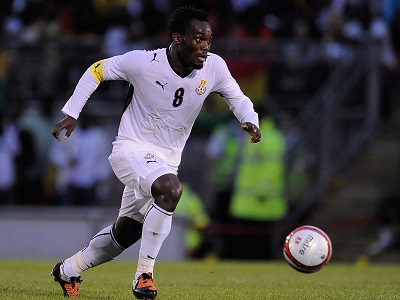 The Youth and Sports Minister, Mr Elvis Afriyie Ankrah, has appealed to Ghanaian international Michael Essien to reconsider his decision to stay away from the senior national team and make a return to the team.

He said the nation needed him more than ever as the Black Stars continued their search for a place in the FIFA 2014 World Cup in Brazil.

Mr Afriyie Ankrah made the appeal when the Co-ordinator of the Michael Essien Foundation, Akosua Puni, presented a plaque of hope and inspiration to him in his office in Accra, yesterday.

According to the Minister, the plaque which represents the future aspirations of many a youth, should be a clarion call to the youth to wake up to the challenge of leading the continent through sports.

Ms Puni took the opportunity to invite the minister to the Michael Essien Charity Match slated for the Accra Sports Stadium on Saturday.

She expressed gratitude to the minister for supporting the efforts at organising the charity match, saying that renowned football stars would besiege the country on a tour.

She appealed to the minister to endeavour to make the yearly match a biannual affair, while urging him to make the event a national agenda.