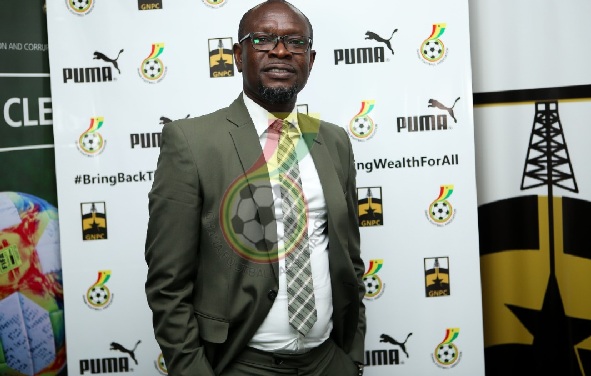 The Ghana Football Association (GFA) has parted ways with Black Stars coach, Charles Kwablan Akonnor, after 19 months in charge as the coach of the national team.

Coach Akonnor who replaced Kwasi Appiah in February 2019 on a two-year contract has been relieved of the position alongside, his two assistant coaches, David Duncan and Patrick Greveraars.

The former Black Stars captain who qualified the team to the next Africa Cup of Nations (AFCON) slated for Cameroun has had a shaky start to the 2022 World Cup qualifying campaign after winning against Ethiopia and losing against South Africa in the second game.

Based on that performance, the local football governing body decided to terminate his contract to become the fifth Ghanaian coach to handle the team -- Jones Attuquayefio, Fred Osam-Duodu, Emmanuel Kwasi Afranie and James Kwesi Appiah-- in the last two decades and the 14th Black Stars coach in the same period.

While in charge of the Black Stars, Coach Akonnor played 10 matches out of which he won four, drew four and lost two.

A statement issued by the FA said “the Executive Council of the Ghana Football Association has taken a decision to terminate the appointment of Black Stars Coach Charles Akonnor and his two Assistants with immediate effect.

“This follows the receipt of the technical report from the head coach of the senior national team and the report from the Black Stars Management Committee following Ghana’s Group G World Cup qualifying matches against Ethiopia and South Africa.

The FA said after considering the report by the technical team and the management committee of the national team decided to end their relationship with the ex-Wolfsburg player.

“The Executive Council after considering the two reports have decided to terminate its relationship with the Head Coach C. K Akonnor and the two Assistants”.

The FA has subsequently appointed a three-member committee to commence the search of a new coach and assistants within 72 hours to replace the sacked coach.

“The Executive Council has formed a three-member committee made up of Vice President Mark Addo, Upper East Regional Football Association Chairman, Alhaji Salifu Zida and Dr. Randy Abbey to find a Head Coach and Assistant Coaches for the Black Stars within the next 72 hours”, the statement said.