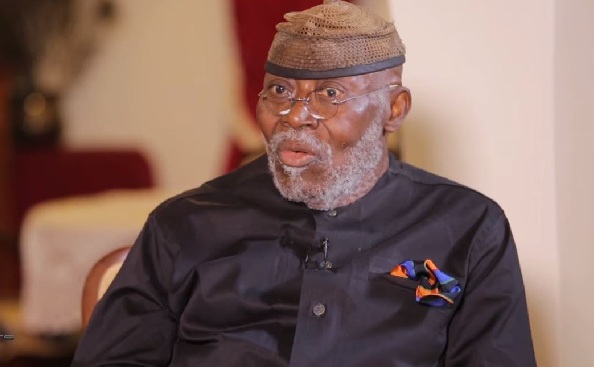 A board member of Accra Hearts of Oak, Dr Nyaho Nyaho-Tamakloe. has warned Ernest Thompson not to belittle the significant gains achieved by the Togbe Afede XIV-led administration over the last decade.

He said by the time all the plans for the club were completely rolled out, the former Board Secretary and some other past administrators of the club who were fond of launching baseless attacks on the club would be silenced.

In a interview last week, Mr Thompson suggested that the current Hearts team lacked extraordinary players, a comment Dr Nyaho-Tamakloe did not take kindly to because of the influential role Mr Thompson once played in the club.

He told the Graphic Sports that the current management led by Togbe Afede XIV was working hard to reposition Hearts back to their glorious days, unlike the former administration which he accused of mismanaging the club. and made it unattractive to investors when the club was first listed on the Ghana Stock Exchange.

"The floatation was authorised by the then board when he (Mr Thompson) was the Secretary. People failed to buy shares because of the mismanagement of the club at their time, and failure of their leadership to reform the club to move along with then emerging modernisation of football."

He said the former Board Secretary lacked the moral right to criticise Togbe Afede's administration as the Board Chairman's personal intervention saved the club's secretariat from being sold.

''They used our secretariat building as collateral to take a loan from ADB, they couldn't pay the money and the building was to be auctioned, but luckily for us Togbe Afede stepped in to settle the bill.

''The club was on its knees and there were numerous bills that could not be settled. Indeed, there were occasions that Hearts of Oak cars and properties were seized. Those players who played and won the CAF Champions League and the Confederations Cup in 2004, as I talk to you now, some of them are still being owed various sums of money", claimed the former Hearts chairman.

Meanwhile, Mr Thompson told the Graphic Sports that his criticism of the team was not born out of malice but just an assessment of Hearts' Premier League game against Great Olympics and not to cast doubts on the performance of the club's management.

He rejected some of the allegations levelled against him and the former administration, insisting that the critics must have an unbiased assessment of their success-laden era.

The former Board Secretary spoke with pride about his administration’s record during which he pointed to the recruitment of top players such as Stephen Appiah, Sammy Adjei, Charles Taylor, Ishmael Addo, Kofi Abanga and Osei Kuffour, among others, and also supervised the most successful era in the club's history, as they dominated the domestic scene and won the CAF champions League, African Super Cup and the maiden CAF Confederation Cup.