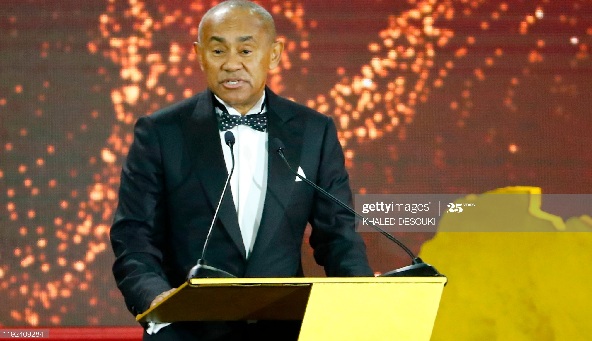 Ahmad, who is 60 years old, has reported mild symptoms, is in self-isolation and will quarantine for at least 14 days, CAF added in a statement.

This comes after he attended the final of the CAF Confederation Cup in Morocco on Sunday.

Lots of African football officials were in attendance at the event in Rabat and have been informed and asked to quarantine to avoid spreading the disease.

“After his arrival in Cairo on Wednesday October 28, Mr. Ahmad Ahmad, President of CAF, had mild flu symptoms, and submitted to the Covid19 protocol. Today, the test results are positive.

“The President immediately self-isolate for at least the next 14 days at his hotel.

“All those who have come into contact with Mr. Ahmad over the past seven days - especially during his trip to Morocco for the Confederation Cup - have been informed and requested to take the necessary measures,” the statement said.

Ahmad has travelled little during the coronavirus pandemic, but returned to Cairo before travelling to Morocco to supervise the final of Africa's second tier competition.