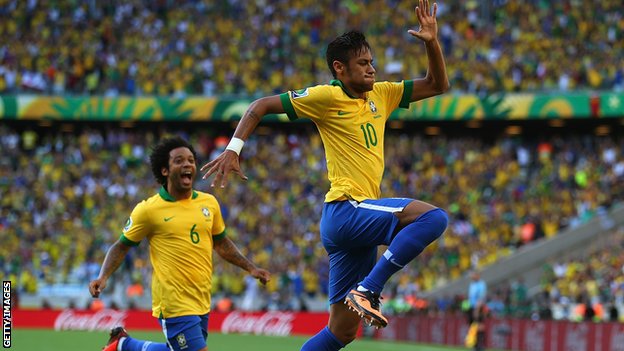 A superb Neymar volley helped Brazil defeat Mexico to all but secure their place in the Confederations Cup semi-finals.

The striker struck from just inside the area early in the first half when Dani Alves' cross had only been half cleared.

Mexico's chances were few, although David Luiz cut out a dangerous cross with Javier Hernandez lurking.

The win was Brazil's second in succession after a 3-0 win against Japan and they play Italy in their final group game.

Brazil are top of Group A with six points and could have their semi-final place confirmed if Italy beat Japan later on Wednesday.