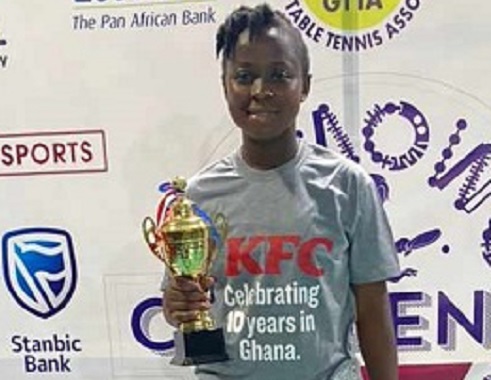 The in-form national star who is currently competing in the West African Championship in Lagos, Nigeria,  which starts from November 1 to 4 told the Graphic Sports she was ready for any challenge ahead of her.

“Things are finally getting in shape and the pieces are coming together. By next year I should be ranked as one of the best on the continent,” she told this medium.

On her way to annexing the title Madam Adom-Amankwaa clashed with Cynthia Kwabi who defeated her  3-1 in the Stanbic Bank/Cowbell National Championship.

This time it was sweet revenge as thrashed Kwabi 3-0 in a one sided master game affair staged at Hathiramani Hall of the Accra Stadium last Saturday. 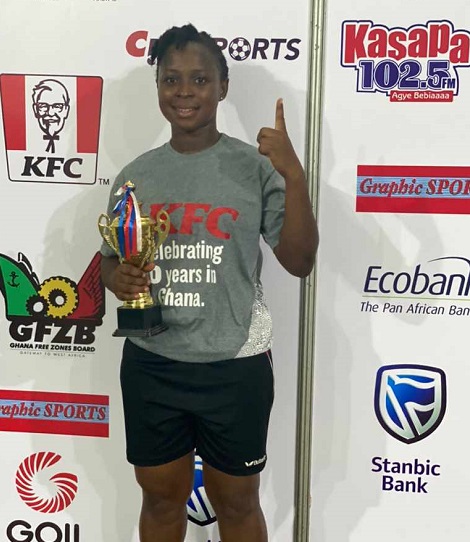 Eva who is one of the best spinners in the country won this competition in 2018, the last time it was held.

After winning the championship  she had her promising career blighted by minor injuries but the forehander told the Graphic Sports that she was ready and fully fit to challenge any one.

“My condition has improved and health-wise I am ok, I am going to take up any challenge and prepared to remain one of the best in the country,” he told the Graphic Sports.

She expressed gratitude to the Ghana Armed Forces and the National Sports Authority (NSA) for their unflinching support.

She also expressed profound gratitude to the president of the GTTA, Mawuko Afadzinu, and the national team coach, Anthony Owusu Ansah, for their backing and  inspiration.