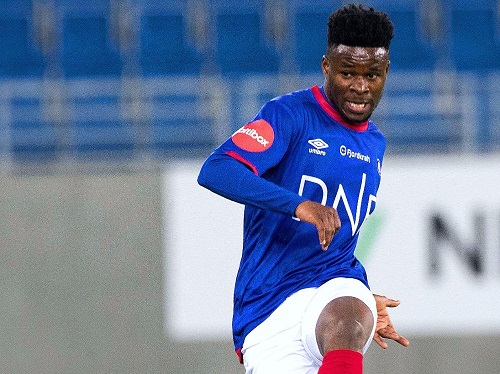 Ghanaian youngster Ernest Agyiri is likely to return to Enosis Paralimni as a free agent after he was released by Manchester City.

Agyiri, 22, left the Citizens last week after five years together and he is set to return to the Cypriot topflight as a free agent.

The talented offensive midfielder previously played for Valeranga and AS Tubize all on loan before being given out to Cypriot outfit Enosis Paralimni in the same manner last summer where he was the club's best player.

The Graphic Sports understands that Paralimni manager, Cedomir Janevski was very pleased with the output of Agyiri during his loan deal and is eager to bring him back to the Municipal Stadium.

A former player of Ghana’s Black Starlets, Agyiri is a natural offensive midfield role but can also operate as a second striker and is noted for his incisive passes and ability to take on defenders.

He made 19 league appearances for Enosis Paralimni this season where he scored thrice and provided four assists as his side finished 10th on the league log.

Agyiri is a product of the Right to Dream Academy in Ghana.