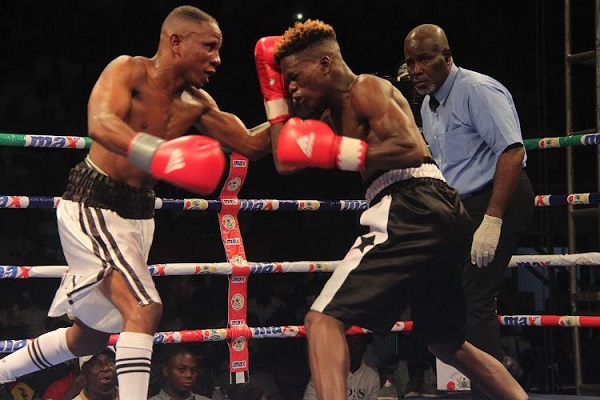 Sackey troubled Taylor all night with his experience and forced an impressive win for Attoh Quarshie Boxing Club against his opponent from the Akotoku Boxing Academy.

The stylish fighter told the Graphic Sports that he was looking forward to his next fight and expressed the hope to use the league as means of staying active.

“It is a good win and I have to congratulate my opponent on giving me a good show,” Sackey said. “I knew I was going to win so I wasn’t surprised at the results but I have to continue working harder.

“This league provides the opportunity for me to stay active in the ring and I am ready to take advantage of that,” he added.

In an entertaining night of boxing, the novelty Ghana Professional Boxing League, which is being organised by the Ghana Boxing Authority (GBA), in collaboration with IMAX Media Group, threw out exciting bouts.


Mr Mustapha Ussif, Minister of Youth and Sports, described the league as a game-changer event on the boxing calendar which, he said, would offer fighters the chance to remain competitive.

He called on all stakeholders in the boxing fraternity to come together to make the league a competitive and exciting one to help benefit the fighters.

“This is a novelty and my Ministry is in support of it because we believe it offers the chance for the fighters to remain competitive throughout the year.

“It is my wish that all the stakeholders within the boxing fraternity would come together to support it to make it successful for the benefit of the fighters,” he said.

In other bouts, John Quaye of the Sea View Boxing Club earned a deserved unanimous decision win over Stephen Addy of The Gym in a super lightweight contest.