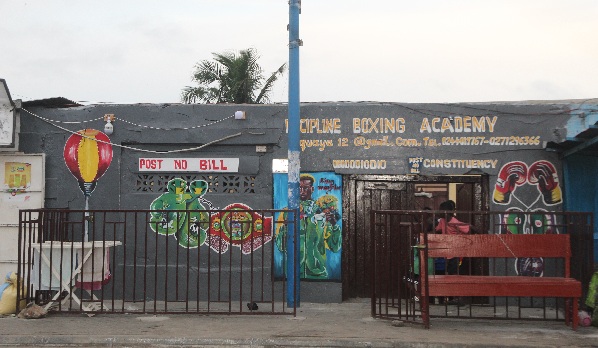 The front view of the Discipline Boxing Club

To many young aspiring fighters in Jamestown, the Discipline Boxing Academy, near Usher Fort in Accra, remains one of their training facilities in the area.

Built by trainer Lawrence Ampofo Quaye in 2010, the gym has unearthed and nurtured many boxers within the community but only had its breakthrough in 2021 when Samuel Takyi won bronze at this year’s Olympic Games in Tokyo.

Takyi, whose boxing talent was discovered by the Discipline Boxing Academy, has become a poster boy and a role model to many fighters who are looking for a breakthrough in the gym.

When the Graphic Sports arrived at the gym, it immediately noticed that it was without a roof, making it difficult for boxers to train when it rains.

The gym also lacked basic training equipment such as gloves, head gears, mitts and punching bags, among others, needed to develop boxers.

However, it was a lively spectacle in the facility as boxers continued to go through their drills enthusiastically despite the poor conditions.

Takyi was joined by his colleagues as trainer Quaye took them through their paces.

In all, there are over 15 boxers, comprising professionals, amateurs and juveniles who are currently honing their craft at the club.

In an interview with the Graphic Sports, Coach Quaye called on the government to invest in boxing to help give boxers the best of preparation for international championships.

He complained about the constant neglect by the authorities despite the numerous successes that have been chalked up by the sport over the years.

“I single-handedly funded a gym all these years but with the hard work we have been able to produce an Olympic medallist and that should tell you what we can do with a little push.

“As you can see, we have a roofing problem, aside training without basic equipment, and we want the government to come to our aid,” Coach Quaye appealed. 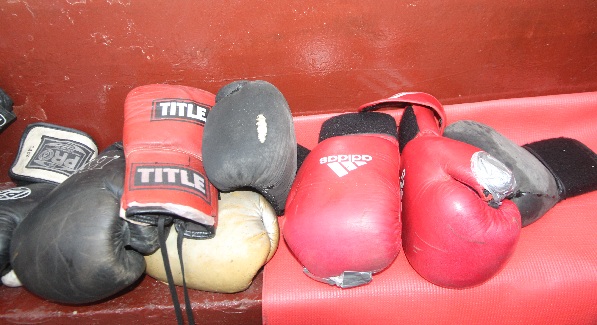