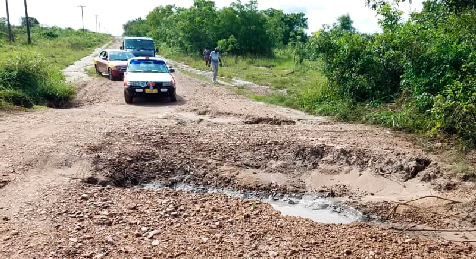 At a press conference last Wednesday at Afegame, the people said they lacked social amenities and the road network was deplorable, and that was making life difficult in the area. 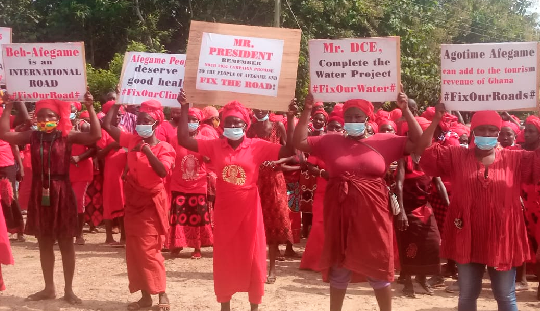 Clad in red to register their frustration, they carried placards with inscriptions such as "Mr. President, remember your 2016 campaign promise to the people of Afegame and fix the road", Mr. DCE complete the water project", "Beh-Afegame is an international road", among others.

The Spokesperson for the community, Mr. James Afanu, said the 9.5 kilometre road from Beh to Agotime-Afegame, which was constructed 48 years ago, had become impassable.

The road has been cut off from neighbouring communities such as Kpetoe and Ho due to rains, making it difficult for the people to access healthcare, while traders are also unable to sell their farm produce. 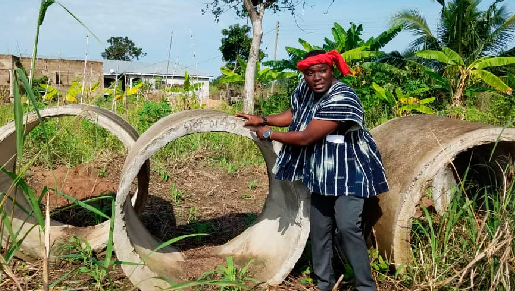 Motorcycles, the only means of transport, are unable to ply the route especially at night due to its deplorable state.

Mr. Afanu said the only rehabilitation seen on the road was the occasional reshaping, which had turned the once broad road into a single narrow lane.

In 2016, the reconstruction of the road reportedly started but stalled after the elections, with most of the culverts on the road becoming very weak.

Mr. Afanu said President Akufo-Addo, promised in 2016 to have the road fixed as a matter of priority when he visited the area and saw its deplorable state.

Since then several appeals to the government by the chiefs and queen mothers through the district chief executive of the area has not yielded any results.

"We are aware that the attention of the Regional Minister, Dr. Archibald Yao Letsa, has been drawn to the bad nature of our road and he promised to get a new contractor to commence work within two weeks as the earlier contract had been terminated,” he said and added although the two weeks promised had elapsed, there had not been any new contractor on site.

As a result of the bad road, he said the community had become a ghost town, because the youth had migrated to other cities and towns due to the lack of economic activities.

“Although a border town, the bad nature of the road is starving the government of revenue as importers who were using the Afegame border point to import goods into Ghana and pay import duties had resorted to the use of unapproved entry points, denying the country of such revenue,” he said.

Another challenge the community faces is the lack of potable water.

Mr. Afanu explained that the people of Afegame had for many years depended on the River Todze as their main source of water.

Due to water-borne diseases associated with the usage of untreated water, the government awarded a contract for the construction of a water project for the people.

"Unfortunately, the contractor all of a sudden vanished from site and left the project uncompleted. Help is no more coming from anywhere, despite the efforts by our chief and his people to have this all important project completed to end the perennial suffering," he lamented.

Mr. Afanu appealed to the government to allocate funds for the construction of the road to relieve them of the hardship they were currently going through.

Further, he asked the government to call the contractor for the water project back to site to complete it for the people to get potable water and end their suffering from water-borne diseases.

"We hope our humble appeal will be given urgent attention within a month," he said.