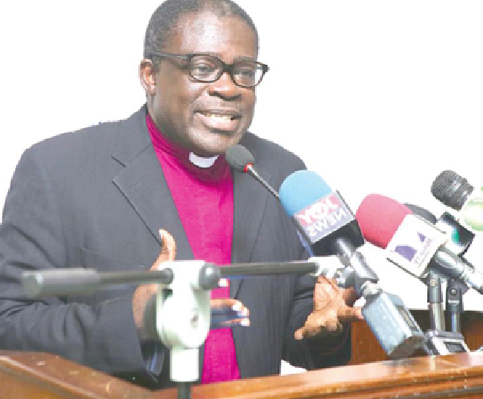 A faith-based organisation, the Alliance for Christian Advocacy Africa (ACAA), is proposing a threshold to determine who qualifies to be on the presidential ballot paper apart from the ability to pay the GH¢100,000.

“I think, with what we have observed, something should be done to a party that is unable to meet a certain threshold for two or three consecutive elections.

“As of now, when you collect the ballot sheet, it is very long and at the end of the day, you see the performance, some of them could not even get 500 votes in the whole country,” the Executive Director of the ACAA, Rev. Dr Kwabena Opuni-Frimpong, said in an interview with the Daily Graphic in Accra last Sunday.

Rev. Dr Opuni-Frimpong was sharing the preliminary findings of the observer teams of 100 pastors deployed in eight regions to observe the general election held on December 7, 2020.

But the National Democratic Party (NDP) and the People’s National Convention (PNC), have rejected suggestions for any reduction of the number of political parties or presidential candidates describing it as a “recipe for disaster” if the country is reduced to only the two political parties.

Rev. Dr Opuni-Frimpong questioned the rationale for deploying national resources and energy on political parties that could not make any impact on the elections.

He said the poor showing of the smaller parties, not only on the ballot sheet, but their visibility at the polling stations should be a cause for concern.

Rev. Dr Opuni-Frimpong said even though there was the need to give space for other political parties in the country to deepen the democratic path of the country,  “those presidential candidates must come with some level of seriousness”.

He wondered how a presidential candidate of a serious political party could make any meaningful impact if he could not afford to recruit agents to be at the various polling stations.

Rev. Dr Opuni-Frimpong said at all the polling stations where the ACAA deployed its observers, only the agents of the New Patriotic Party (NPP) and the National Democratic Congress (NDC) were present to sign the pink sheet.

He described it as a worrying development because there was a genuine reason for which the Constitution mandated that all political parties should have agents at all the polling stations.

“Now, when we finished the elections, the issues are now between the NPP and the NDC and the observer groups. But we need the other parties to come out and tell us something, for instance, during the counting, what did they see?

Rev. Dr Opuni-Frimpong said the performance of the smaller parties called for further deliberation moving into the future, as to “what do we do with political parties that are not able to present party agents at the polling stations?”

The General Secretary of the NDP, Alhaji Mohammed Frimpong, who described the nomenclature of “smaller parties” as misplaced, stated that democracy strove in an environment of pluralism.

He explained that in pluralism, “we do not expect all the political parties to have equal resources and status to be able to participate”.

“Without the smaller political parties, there will not be any democracy and that is what the country must understand. As a matter of fact, we will have what I call, an autocratic duopoly,” he said.

He proposed that as part of its responsibilities, the recruitment of the agents should be handled by the EC, questioning what the EC would have done if there were no agents at the polling stations.

"For me, I think the political system that we are embarking on, unless we agree that the state should come in at a point at least to level the playing field for all parties by paying  party agents, we are heading for disaster," he said.