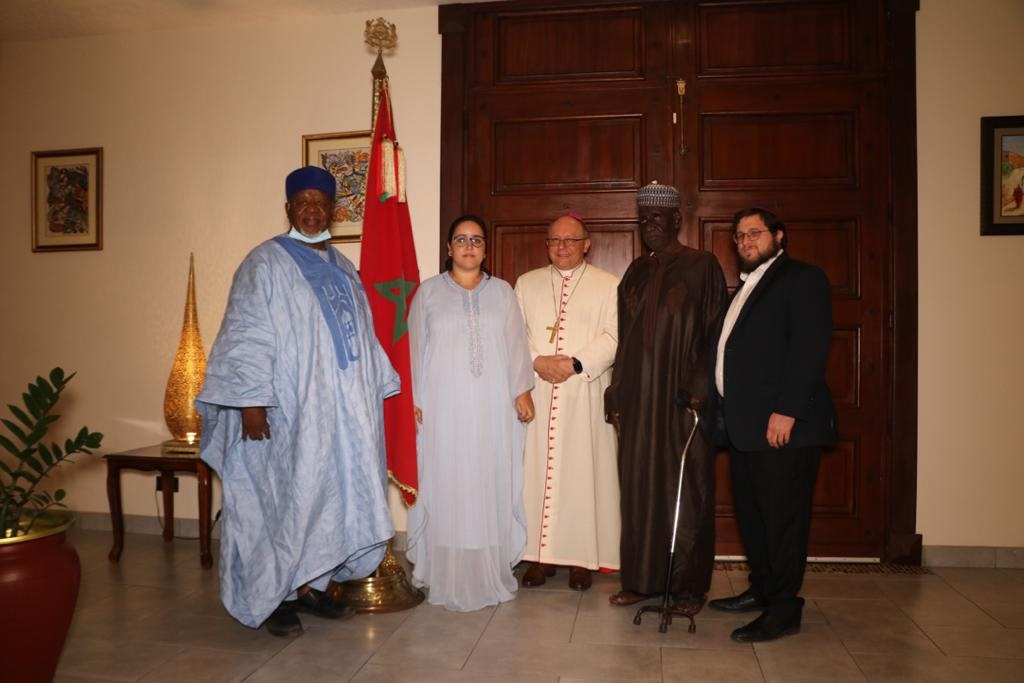 Representatives of the world’s major religions have extoled the brotherhood and peaceful co-existence of the different faiths in Ghana.

At a Ramadan Iftar hosted by the Moroccan Ambassador to Ghana, Mrs Imane Ouaadil, a representative of the Chief Imam, Sheikh Mustapha Ibrahim, the Apostolic Nuncio to Ghana, Archbishop Msgr Henryk Mieczysław Jagodziński and the Rabbi of the Jewish community in Ghana, Yisroel Noah Majesky eulogized one another’s virtues and called for the strengthening of the interfaith dialogue.

With the Islamic greeting of ‘Salamu alaikum’, to welcome one another, each sat on the dining table to break the fast with their Muslim compatriots.

Ghana is known with a long tradition of religious tolerance.

They shared pleasantries as they discussed global peace and the virtues of fasting in the Holy month of Ramadan.

The Moroccan ambassador, Mrs Ouaadil said Ramadan is a period Muslims around the world recommit to their faith and eschew all vices following days of discipline with nights of gratitude for the gifts that Allah bestows.

The Moroccan diplomat stated that Ramadan with its dedication to fasting, prayer and alms giving, is also a month for strengthening the spiritual bonds that Muslims, Christians and Jews share.

On his part, Sheikh Mustapha Ibrahim, President of the Ghana branch of the Mohammed VI Foundation of African Ulemas stated that Islam, Judaism and Christianity are religions that are recognized by one another, which in Islam is called Al-Kitab.

Ramadan he said, is an important month in Islam and a month which the Holy Qur'an was revealed.

The Apostolic Nuncio to Ghana, Archbishop Msgr Henryk Mieczysław Jagodziński and the Rabbi of the Jewish community in Ghana, Yisroel Noah Majesky all thanked the Moroccan ambassador and called for the strengthening of the bond and engagement between the major religions.

Other clerics expressed gratitude to Mrs Imane Ouaadil for bringing them together on one table for the Iftar dinner.

The Iftar dinner was also attended by dignitaries from the Office of the Chief Imam and Grand Mufti of Ghana, officials from the Ghana branch of the Mohammed VI Foundation of African Ulemas, some members of the media and other invited guests.