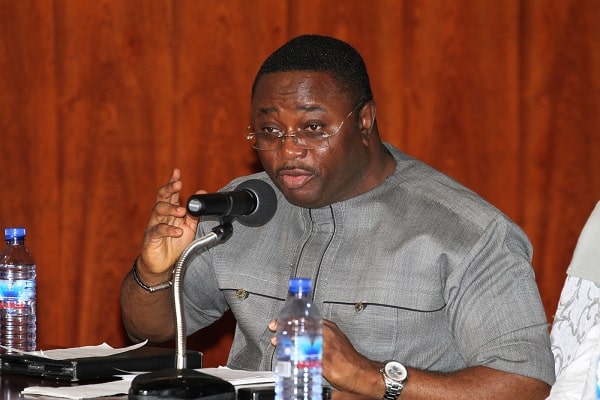 The Director of Elections of the National Democratic Congress (NDC), Elvis Afriyie-Ankrah, has admonished party communicators to study the achievements of the NDC since the inception of the Fourth Republic to enable them to propagate the superior record of the party to the public.

He said Ghanaians were going to make their choices in the 2024 election based on achievements and records; hence, the communicators had a crucial role in propagating its achievements and policies so as to win the hearts of the electorate.

Mr Afriyie-Ankrah made the call at the 6th anniversary celebration of the NDC North East Region Youth Network at Walewale last Sunday on the theme: “The role of the youth in Election 2024.”

The event brought together party sympathisers and dignitaries, including the Minority Leader of Parliament, Haruna Iddrisu; National Women’s Organiser of the NDC, Hanna Bissue; former Northern Regional Minister, Abdallah Abubakar, among others.

Mr Afriyie-Ankrah indicated that the party was currently undergoing re-organisation to reposition itself to improve on its electoral fortunes in 2024.

He, therefore, called for unity among the rank and file of the party, saying “without unity, we can’t chart a common course”.

For his part, Mr Iddrisu charged the youth to rally behind the NDC as it intended to create sustainable jobs for them when given the mandate in the next elections.

He lauded the Youth Network for its contribution towards propagating the message of the party to the electorate in the area and encouraged them to continue the good work in the interest of the party.

Mr Abubakar, who was the 2020 NDC parliamentary candidate for the Walewale Constituency, in his address, pledged to work hard with the support of the various functionaries to snatch the seat from the ruling New Patriotic Party (NPP) in the upcoming general election.

The President of the Youth Network, Rauf Abubakari, indicated that the aim of the network was to bring the youth at the grassroots together in order to educate them on the various roles they could play towards winning elections in their various polling stations across the region.

He appealed to the leadership of the party to support the network with logistics to enable them to carry out the party’s outreach programmes in the area.