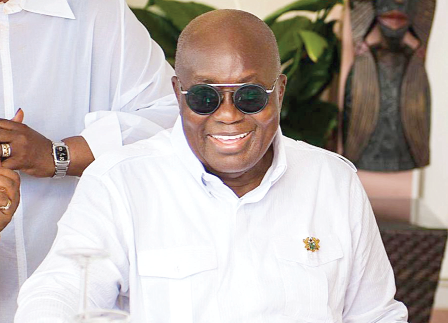 The New Patriotic Party (NPP) has described President Nana Addo Dankwa Akufo-Addo as a selfless leader who puts the national interest above his person, family and the party.

“To you, the national interests and for that matter the legitimate expectations of the Ghanaian people, at all times, take precedence over every consideration. You are that President who chooses country over self; country over family; country over presidency; and ultimately, country over your political party,” it stated.

This was contained in a statement issued in Accra yesterday and signed by the party’s General Secretary, Mr John Boadu, to commemorate President Akufo-Addo’s 77th birthday.

It prayed that God would continue to endow him with more blessings and vitality to lead the country to overcome the COVID-19 struggles and, ultimately, lead Ghanaians to the promised land.

The statement acknowledged the President for remaining resolute and focused on delivering on his social contract with the Ghanaian people.

“Without a doubt, you continue to demonstrate visionary leadership and strong commitment to meeting the needs and aspirations of the present generation whilst securing the future of the next generation through your life-enhancing policies.

“It is thus not surprising that even on your birthday, instead of celebrating with your family and friends here in Ghana, you have elected to travel all the way to Spain on official assignment,” it stated.

The statement noted that owing to President Akufo-Addo’s outstanding leadership in manning the affairs of the country, Ghanaians would have celebrated the birthday with great excitement and grandeur but the COVID-19 pandemic had prevented that from happening.

It said President Akufo-Addo’s visionary and transformational leadership puts him as the anchor to the socio-economic reconstruction of the country and the prosperity of its people.

“The NPP and indeed the rest of the country cannot pride itself with a better leader,” it stressed.

The statement said President Akufo-Addo’s commitment to Project Ghana was once again vindicated during the COVID-19 pandemic.

“Consistent with your enviable credentials, Mr President, you rose to the occasion and demonstrated great leadership in your handling of this global health crisis to the admiration of world leaders. Even your fierce critics and political opponents could not hide their admiration for your decisiveness and boldness,” it stated.