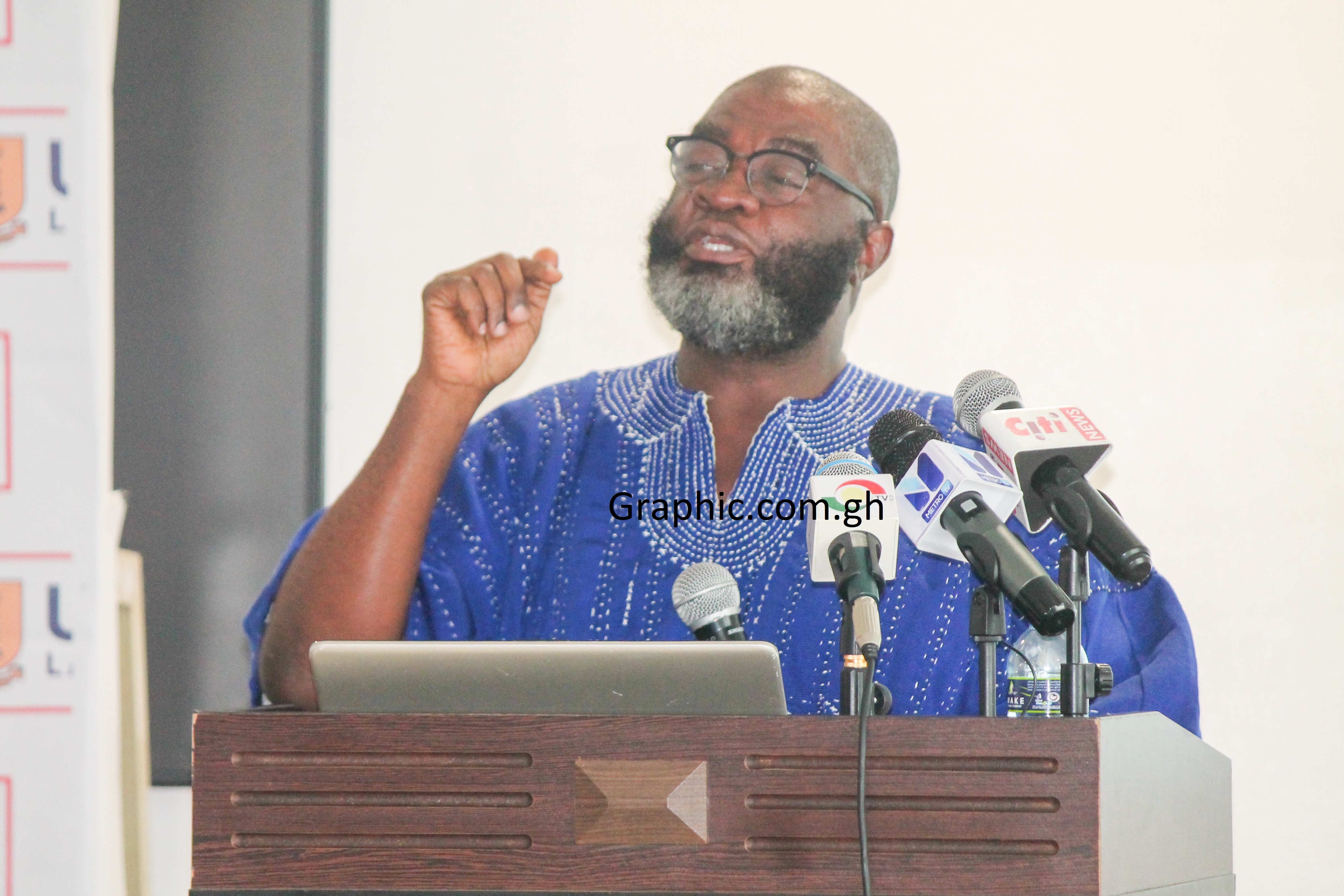 Political parties instead of rallying people to move the country forward have become tools for disunity, a lawyer, David Ofosu-Dorte, has said.

According to him, political parties had failed to become the forefront of development in spite of the fact that they were the greatest beneficiaries of the country’s democratic dispensation.

Delivering a lecture in Accra last Thursday at the 2023 Constitutional Law Public Lecture, Mr Ofosu Dorte, said political parties had a duty to galvanise the people and contribute ideas in ensuring the economic prosperity of the country.

Instead, he said the only time political parties agree was when the agenda was to disunite people, a situation which he said had contributed to the economic doom facing the country.

“A clear example is the recent referendum to create new regions. Almost all the political parties agreed with the move. They are more united in disuniting people,” he said.

Mr Ofosu-Dorte, who is the Executive Chairman of AB & David law firm, therefore, called on political parties to promote national issues that would be of benefit for all instead of becoming avenues for disunity.

The 2023 Constitutional Day Public Lecture was organised by OneGhanaMovement, a presure group, in collaboration with the University of Professional Studies, Accra (UPSA) Law School,

It was on the theme: “The 1992 Constitution- A fundamental Law for our Prosperity or a Well-Crafted Guide for our Economic Doom.”

The lecture was attended by notable personalities such as a former Minister for Works and Housing, Samuel Atta Akyea, a statesman,Dr Nyaho Nyaho Tamakloe, a former Deputy Attorney-General, Dr Dominic Ayine, and 2020 Presidential Candidate for the Progressive People's Party (PPP), Brigitte Dzogbenuku.

Mr Ofosu-Dorte further criticised Parliament for not adequately performing its mandate as a check on the executive Parliamentarians, he said, had a duty to represent the citizens and protect their interest, but said they always allowed the executive to have a free day without any serious check on its excesses.

Such a situation, he said, had made the citizens powerless after elections with politicians failing to act in their interest.
“So it is evident and clear that the right to vote is all the power that the citizen is left with and nothing more whatsoever, which should not be so”, he said.

Again, he said the country political system had turned elections into an expensive venture that undoubtedly drained the economy.

That, he blamed on factors of continuous expansion of districts, constituencies, regions which, he said, added unnecessary cost to elections.

“Our elections are very expensive. We spend an average of $200 million on every election,” he said.

In a comment, Ms Dzogbenuku said one of the banes affecting the country was the lack of values such as discipline, honesty and responsibility.

She said people rather gave credence to wealth, no matter how one made it.