NPP timetable for primaries; let’s for once get it right 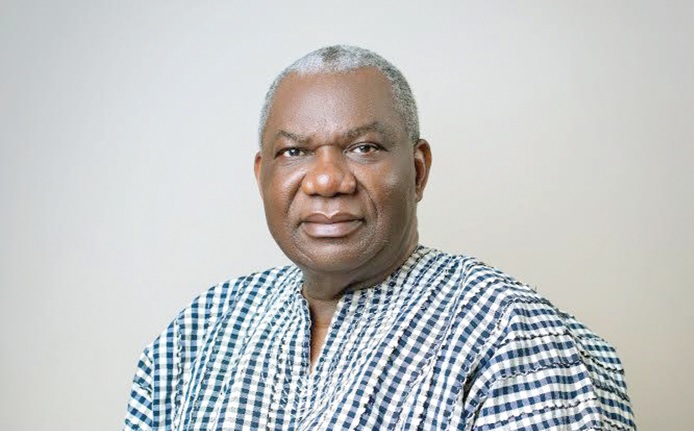 The New Patriotic Party (NPP) has once again mounted its merry-go-round. To have or not to have a so-called early congress has become a quadrennial source of needless tension inside our party.

Our first taste of this bitter and needless squabble was inflicted upon ourselves in 1995.

The party’s constitution clearly stipulates that the flagbearer is to be selected 24 clear months, when in opposition, before the date of the presidential election.

This means that the congress for the selection of the presidential candidate had to be held at the latest before the end of December 1994.

However, there arose within the party strong dissenting voices to delay the choice of the party’s flagbearer for the 1996 presidential election.

As was to be expected, a much larger section of the party was totally against such a move.

They felt it was unbecoming of us to toy with the provision of our constitution for the sake of personal, and often times, unbridled ambitions.

This is how Mr B.J. da Rocha, then National Chairman, addressed the emerging threat in his keynote address to the 4th Annual National Delegates’ Conference at the Great Hall, University of Ghana, Legon on Saturday, August 26, 1995.

The selection of the party’s candidate for the 1996 presidential election has been the subject of much speculation and, regrettably, has given rise to a great deal of bad feeling within the party.

The party has to elect its candidates for the election. Every member of the party of good standing has the right to offer himself or herself. Must contest for the candidacy generate animosity and controversy?

Can we not have a contest without damaging one another and the party? In due course, a candidate will be elected. Whoever is elected cannot make himself President of Ghana by his individual effort alone.

All of us in the party will have to work hard to win for him the votes which will secure him victory for the party.

It is for the reason that we must do everything to prevent the contest for nomination from degenerating into a bitter and destructive fight among the aspirants.

Already there has developed a heated controversy over the date of electing our candidate. This matter was thoroughly debated by the National Council, after taking all necessary factors into consideration, decided to recommend to this conference that the election of our presidential candidate should take place in March, 1996.

It is a recommendation which I urge this conference to endorse. If we think in terms of the party’s best interest and not the personal convenience of aspirants, then I do not see any reason why there should be any further squabbles over the date of election of our candidates.

By March, 1996 we would have had behind us the demanding task of getting our people to register.

There is the further consideration that we shall have had time to have done everything possible by way of securing the cooperation of the other opposition parties, if possible.

Already, a committee has been mandated by the National Council to pursue this matter vigorously. I have no doubt that between March and November, 1996, we have ample time to conduct an election campaign which should reach its peak at just the right time.

I should like to admonish all aspirants to remember that they are colleagues inside the same party, having identical political interests. None of them can hope to reap any benefit by damaging his opponent either openly or secretly.

Such conduct only harms the party by sowing the seeds of factionalism. You should seek support by impressing on your supporters your own virtues and merits and what you have to offer, not by running down your competitors.

I expect that after this conference, a code of conduct will be drawn up for all aspiring candidates. I expect and fervently hope that we shall soon see the emergence of a new style of campaigning by our presidential aspirants.

The National Council, the second highest decision-making body, at a meeting on Friday, December 23, 2022, without a hitherto agenda, goes ahead to undertake the age-old gymnastics of when to hold the various primaries to select candidates.

Right after the meeting, and even before an official communique could be issued, a private media outlet, an al-Ahram of some sort, publishes a programme with specific dates and timelines for the upcoming primary not speculatively, but in a matter-of-fact fashion. This publication has since been exposed as a total fabrication.

The party has since issued a statement to the effect that no such decisions were taken as reported. Why such a brazen audacity to deceive? One may only surmise that it amounts to nothing more than a nefarious attempt either to impose a narrow will on a silent majority or in a usual style, "mafia" some people to their detriment and gain an undeserved advantage of others.

So here we are in 2022, and like the Bourbons, we learnt nothing so we forgot nothing, and are, therefore, back to this unwholesome, circular argument, largely driven by inordinate and unbridled narrow ambitions.

The main argument seems now to have been reduced to the imagination that we will need sufficient time to heal wounds, smoothen ruffled feathers and assuage wounded sentiments. The sensible question for me is, why inflict wounds and ruffle feathers in the hope of healing and assuaging?

And what do we regard as sufficient time? There are still petty peeves hanging and dividing us since 2008 with top ups from 2012. What makes us think that wounds which have been deliberately and consciously infected can heal or heal this fast so as to become the basis of a rapprochement?

To add insult to injury, we have now adopted the “criminal” language of La Mafia into our internal lexicon in describing the shameful and underhand methods by which we gleefully ride roughshod over ourselves for petty gain, but to the detriment of the collective interest and brand.

We are the party that forced the argument of holding national elections on specific dates, and rightly so. It was done to eliminate the manipulative and surprise elements out of calling national elections at the behest of the Electoral Commissioner, which did not and should not have such a mandate. And we, who gained this noble achievement, cannot gain same for our own party?

I hear in my mind’s ears, the argument of granting ourselves some flexibility in the language of our party’s constitution. Unfortunately, the truth of the matter and our disposition has already been to misuse the discretion to the detriment of those we perceive to be our internal opponents.

It is better to be put into constitutional structures and only relax them by special resolutions as and when the matter becomes self-evident, and not vice versa.

For those, who have made it their game to “mafia” opponents, both at the parliamentary and presidential primaries, they ought to think hard and pin their eyes on the lessons of history and our own track record- a record that firmly resists ossified dictatorship and impositionists.

Our elders say, “sɛ wo tietia obi deɛ so hwehwɛ wo deɛ a, wo renhunu”, to wit, if you trample on what belongs to others in search of what may legitimately be yours, you will never find it.

It is also said that, “those who destroy others to succeed will surely meet destruction at the gate of their own success.