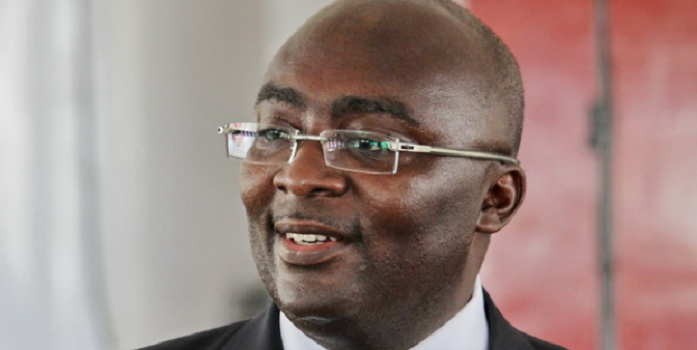 The presidential candidate of the New Patriotic Party, Nana Addo Danquah Akufo-Addo, is expected in Wa as his campaign reaches the Upper West Region.

According to a schedule released by the regional secretary, Mr Hafiz Bin Salih, the campaign train will head to Lambussie on Saturday morning and make stops at Hamile and Nandom (both in the Nandom Constituency) and Nadowli.

Nana Addo, who has twice lost his bid for the presidency, has been campaigning in the Northern Region after completing a tour of the Upper East Region last weekend.

Upper West Region has become a target ground for the NPP following their poor showing, particularly on the parliamentary front, in the 2012 polls.

The NPP lost their three previous seats in the region, leaving them with no seat in the 11-constituency region.

Since last year, party officials in the region say they have been working towards winning at least five seats to even matters with the ruling National Democratic Congress which holds 10 of the 11 seats, with the only independent parliamentarian also having come from the NDC stable.

Relatedly, Alhaji Dr Mahamudu Bawumia, the 2016 vice presidential candidate of the New Patriotic Party, has announced that an Akufo-Addo government, God-willing, from 2017 will allocate US$275 million per year to tackle issues relating to infrastructural development and poverty alleviation in rural and deprived communities across the country.

This amount, he explained, was to be contained in the “Infrastructure for Poverty Alleviation Programme”, which would be established by Nana Akufo-Addo’s government  should Ghanaians repose their confidence in the NPP in this year’s elections.

Making this known on Tuesday, August 30, 2016, at Bunkpurugu, on the first day of Nana Akufo-Addo’s four-day tour of the Northern Region, Dr Bawumia explained that the monies for this programme would be drawn out of the capital budget of the country, which according to the 2016 budget, stood at US$1.6 billion.

Describing the John Mahama government as “very bereft of ideas”, which kept complaining that “we (in the NPP) are making promises all over the place”, Dr Bawumia explained that the Infrastructure for Poverty Alleviation Programme the NPP would put in place “is going to lead to the eradication of poverty in this country.”

With each of the 275 constituencies benefiting from this programme, Dr Bawumia noted that “we are going to put resources at the disposal of the rural communities and the poorest communities in every constituency.”

Every constituency in Ghana, every year from this programme, will get the equivalent of US$1 million to spend on priority infrastructure. You can use this US$1 million a year to deal with the problems of the constituency in the rural and deprived areas. It is up to the local people to decide what their problems are and what to use that US$1 million for.”

The NPP with this programme, Dr Bawumia reiterated, “is going to focus on rural development, on the poor, and after four years of Nana Akufo-Addo’s presidency, with every constituency getting US$4 million, you will see growth in infrastructural development and poverty alleviation in all 275 constituencies”.

With the question of “where are you going to get the money from?” the most asked question when the NPP rolls out a policy, Dr Bawumia stated that “the money is already there.”

He assured Ghanaians that the NPP would not be coming into office “to steal the money. We are going to use the money for the people… We are going to focus on the poor and the problems of the poor”.