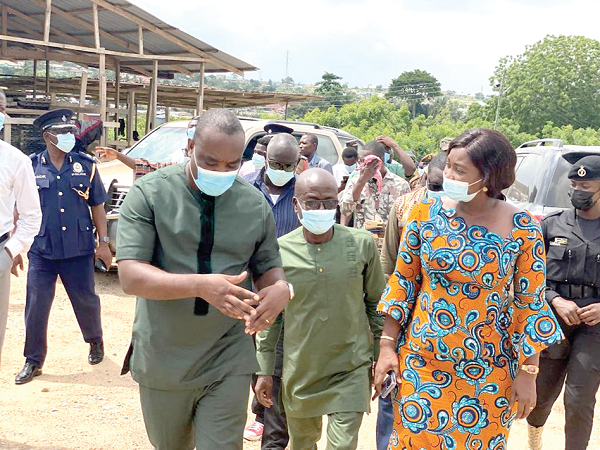 A former New Patriotic Party (NPP) Member of Parliament (MP) for Gomoa East in the Central Region, Mr Kojo Asemanyi, has indicated that the government’s one district, one factory (1D1F) initiative is a game-changer in the constitution.

Mr Asemanyi said this in an interview with the Daily Graphic to spell out how the government’s 1D1F initiative would reduce poverty and unemployment in the district.

During his recent tour of the Central Region, President Nana Addo Dankwa Akufo-Addo inaugurated both factories.

Mr Asemanyi said he played a significant role during his tenure to attract a number of investors both home and abroad to set up factories and businesses towards achieving the government’s industrialisation agenda in the district.

According to him, a major setback for many companies who expressed interest in setting up factories in the district was the acquisition of land.

He said the inauguration of the two factories would provide thousands of direct and indirect jobs to the youth in the area.

He said the President Akufo-Addo-led government was committed towards tackling the unemployment rate among the youth.

He, therefore, urged the youth to take advantage of the numerous government initiatives to secure jobs and establish their own businesses to contribute to the growth of the economy.

The former MP indicated that as part of the district’s industrialisation drive, a technology and artisanal village had been established at Gomoa Akotsi to be a hub of factories and other shops, hotels and restaurants to serve users of the Accra-Cape Coast highway.

He called on investors to take advantage of the economic opportunities in the district to transform the area towards its growth and transformation.