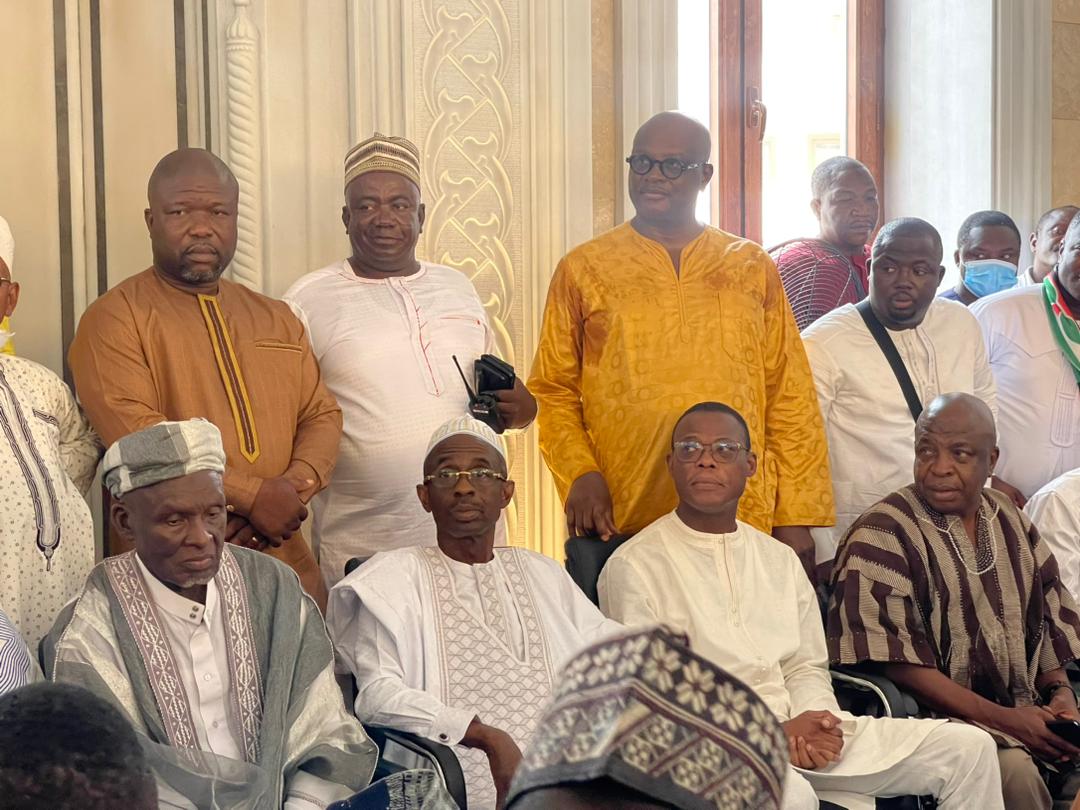 This follows a successful National election last month where delegates elected officers to lead the party into the 2024 General Elections.

The National Executive members that were present at the mosque were led by Chairman, Johnson Asiedu Nketia and General Secretary, Fiifi Kwetey.

The General Secretary of the NDC Fiifi Kwetey in his address said their visit was mainly to give thanks to Allah for guiding them before during and after the national elections.

On his part, Mr Nketia noted that the NDC before the National elections started by asking for Allah’s blessings and guidance and thankfully all the activities were executed successfully by the will of Allah.

He called for continuous prayers for other activities of the party ahead of the general elections to rescue power from the sitting New Patriotic government. He also used the occasion to thank everyone on behalf of former President John Mahama and the Council of Elders of the party.

Mr Nketia donated GHS5,000 to the National Chief Imam, and other undisclosed sums to the chiefs and elders of the mosque.

Meanwhile, NDC Flagbearer hopeful Kojo Bonsu who began his campaign with the erection of billboards and posters around the country was among the members of the NDC who visited the mosque.

In an interview with the media, Kojo Bonsu said he was delighted to be part of the visit to the national mosque.

He also asked that Allah grants him success in the upcoming NDC Presidential elections and his plans for the party and Ghana.