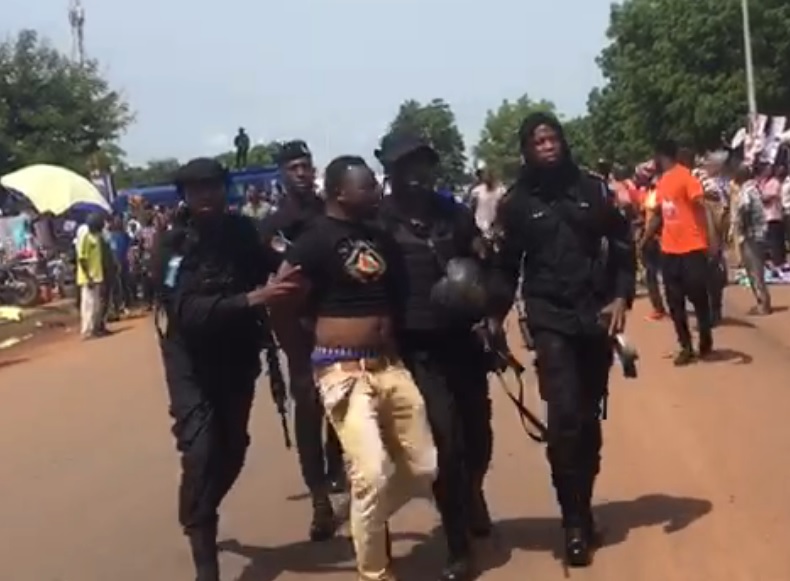 Six people who had no accreditation but entered Northern Regional New Patriotic Party (NPP) conference grounds where new officers are to be elected to run the affairs of the party for the next four years has been arrested by the police.

They were said to have entered the place ahead of the delegates.

Officials also said the six were arrested for attempting to foment trouble at NPP conference, taking place at the Tamale Stadium.

They reportedly sneaked inside the Aliu Mahama Sports Stadium, venue for the conference without the necessary accreditation.

Graphic Online gathered that they sneaked inside the venue Thursday night and were hiding inside.

The Northern Regional Police Crime Officer, Superintendent Bernard Baba Ananga said the suspects were picked up based on intelligence.

"We don't want to wait for them to cause troubles before we react, we have arrested and sent  them to the police station" he said.

Meanwhile, security has been beefed up at the venue to ensure an incident free election.

About 386 delegates are expected to cast their votes for the 31 candidates vying for the various positions.

The incumbent Regional Chairman, Mohammed Adam Bantima Samba, is slugging it out with Amadu Inusah and Ibrahim Mahama.

The First Vice Chairman position is being contested by four aspirants.

The Second Vice Chairman position is being contested for by three aspirants.

Two persons are going in for the treasurer position with two others also slugging it out for the organiser position. The incumbent Youth Organiser, Mohammed Alhassan, popularly known as Alhassan Ghana, is also facing a stiff competition from two other aspirants.