Maintain global status as beacon of democracy — Envoys to Ghanaians 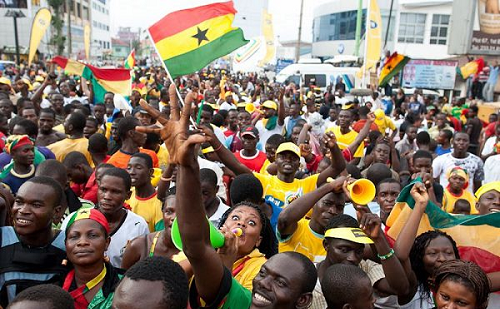 Two envoys on election observer assignments in the country have encouraged the country to maintain its global status as a beacon of democracy in Africa.

According to the envoys, Dr Mohammed Ibn Chambas and Mrs Ellen Johnson Sirleaf, the Ghanaian example of seven successful elections since 1992 was a point of reference and inspiration for other countries and this year should not be different from the previous elections.

Dr Chambas, the Head of the United Nations Office for West Africa and the Sahel (UNOWAS) and UN Secretary-General’s Special Representative observing the elections, and Mrs Johnson-Sirleaf, the ECOWAS Chief Election Observer in Ghana, were speaking at the signing of the 2020 Presidential Elections Peace Pact (PEPP) between the two leading front runners in this year’s general election, President Nana Addo Dankwa Akufo-Addo of the New Patriotic Party (NPP) and former President John Dramani Mahama of the National Democratic Congress, in Accra yesterday.

Dr Chambas said peaceful elections in the country had profound implications for the peace and stability of the sub-region which was currently grappling with daunting security challenges such as terrorism.

In his view, the Ghanaian example of seven successful elections, since 1992, was a point of reference and inspiration for other countries.

“It is our fervent hope that the eighth would be no different. Underpinned by its strong national institutions, I share the optimism that Ghana would once again rise to the occasion to deliver peaceful credible elections in spite of the additional challenge of the COVID-19 pandemic,” Dr Chambas said.

Dr Chambas said the UN continued to closely collaborate with the Economic Community of West African States (ECOWAS), the African Union (AU), the European Union (EU), the Commonwealth and other multilateral partners to support efforts aimed at addressing challenges and building trust and confidence in the electoral process.

The signing ceremony, he said, “has set the tone and I am hopeful that all the political actors, the EC, the defence and security agencies, the media, civil society organisations will once again collaborate effectively to deliver peaceful and transparent elections which the world expects from Ghana”.

The UN, he said, had been steadfast in support of the people of Ghana on their path to democratic consolidation, adding that the December 7 general election represented another important milestone in the democratic journey which indeed had significant ramifications for the West African sub-region and the continent at large.

The UN envoy commended the convenors of the event, the Chief Imam, Sheikh Osman Nuhu Sharubutu, the National Peace Council, the National House of Chiefs, with the Institute of Democratic Governance as technical advisor for making that happen.

Dr Chambas said the contributions of the flag bearers of the two main political parties — Nana Akufo-Addo and John Dramani Mahama — to the peace, stability and development of Ghana could not be overemphasised.

“By again accepting to participate in the signing event, you have reaffirmed your status as true statesmen, you demonstrated your beliefs in the ideas of democracy, the rule of law by exemplifying your commitment to preserve Ghana’s privileged record as a beacon of peace and democracy on the African continent”.

Mrs Johnson-Sirleaf, a former President of Liberia, described the signing of the peace agreement as important, in that two stalwarts of Ghana’s politics had indicated that they were once again going to maintain the long-standing credibility and reputation of Ghana as a democratic state that had demonstrated not only its commitment to peace, democracy and freedoms, but also to improve the lives of their people.

She mentioned how Ghana warmly received many Liberians who fled their country due to the outbreak of civil war in that country.

“We may never cease to say thank you. I also reflect 17 years ago when we came to Accra after two decades of war, once again to come and ask our brothers and sisters in Ghana to help us to find peace to enable us to start our lives again, I say thank you,” she said.