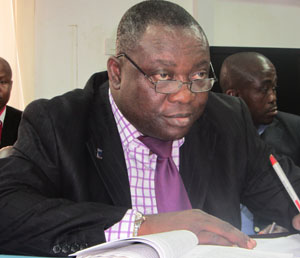 A member of the ruling National Democratic Congress (NDC) has described President John Mahama’s first 100 days, which falls today, as a “baptism of fire”.

Speaking on Radio Gold’s Alhaji and Alhaji talk show, last Saturday, Mr Sam Pee Yalley said in spite of the  power cuts, erratic supply of water to some parts of country and recent labour agitations, the President, at each stage, had demonstrated leadership and commitment to resolving the problems.

“All his ups and downs are periods of learning”, he said.

According to him, because these problems had come up during the early stages of the President’s administration, there was a strong possibility for finding solutions to them before the President’s term ends.

Mr Yalley, however, proposed that the President must adopt strategies for effective use of its own internally generated funds, as well as the Pensions Fund to develop the country.

In his view, instead of borrowing from the International Monetary Fund (IMF), government could use part of the pensions fund for developmental projects, including the construction of roads on which tolls would be collected for further revenue generation.

Mr Yalley said his expectation beyond the 100 days would be a strategy by the government that would move the country from the grip of IMF and its allied institutions.

He advised ministers and their deputies, to be results oriented.

He said NDC members must stop the “it's our pay day” mentality and allow the government to work in the interest of the whole nation.

Prof. Nii Noi Dowuona, Head of Department of Soil Science at the University of Ghana, who was also on the show, said the urgency with which the President made his appointments must be applauded.

He said all over the world, the first 100 days had become a barometre to ascertain if an administration was on track towards delivering on its mandate.