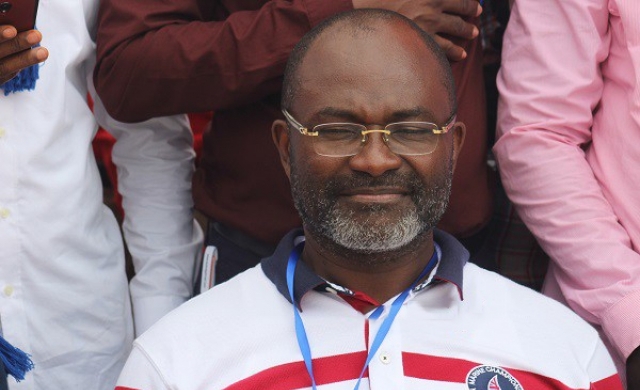 Kennedy Ohene Agyapong, Member of Parliament (MP) for Assin North and Board Chairman of the Ghana Gas Company has pledged to help explore opportunities to provide jobs for the people of the Volta Region.

He said he was in consultations with key stakeholders, including the Regional Minster, to find avenues for job creation.

The MP was addressing the youth of the St. Francis of Asissi Parish in Ho while gracing their 2022 Youth Week Celebration.

"On my way here, I was looking around, looking at the landscape. And so I asked Dr Letsa a question: 'Minister, what can we do as a region for Volta Region so that we can create employment for men and women who are unemployed".

Mr Agyapong said the Regional Minster had pointed out certain areas for consideration, and that I will see through my business plans what I can set up to employ people in this Region".

The MP, who is known among the nation's most successful entrepreneurs, spent more than half an hour motivating youth and members of the Church.


He asked to consider his struggle through life and believe in oneself and dream of greatness.

"Irrespective of where you come from, if you want to make it in life you will make it. I believe in you, and I believe that whatever Kennedy Agyapong has done you can do better".

The MP advised young people to broaden their scope and outlook in life and seek to fit into other job sectors outside what they trained for.

He also advised against lazy attitudes and called on graduates to consider agriculture, as they could excel in the sector.

"You can farm in the sky because you have education," he noted.

Mr Agyapong advised the youth strongly to cultivate habits of saving and investing, adding "anyone who says that the income is not enough so he cannot save is living in a fool's paradise.

"Let us work hard in this country," he said, promising more commitment to the graduate employment drive.

"I am not going to rest until I see that young men and women come out of college and have jobs".

The MP, whose last visit to the Ho Municipality generated endless buzz after he was "rejected" by the Asogli State, was given a rousing welcome with cannon blasts and a brass band procession at the Church.

The MP supported a fundraiser towards the construction of an office complex with GHC 50,000.

Rev. Father Benjamin Gawu, the Parish Priest, noted how the government's policies, including the Free SHS eased the burden on parents in preparing the youth for the future, and that such initiatives should be supported.