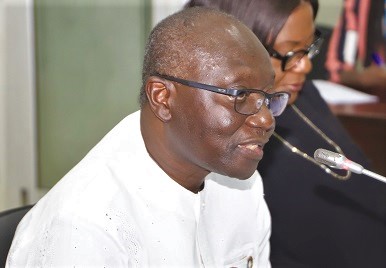 President Nana Addo Dankwa Akufo-Addo has appointed the Minister of Finance, Ken Ofori-Atta, as the caretaker Minister for the Ministry of Trade and Industry.
30.5k Shares

President Nana Addo Dankwa Akufo-Addo has appointed the Minister of Finance, Ken Ofori-Atta, as the caretaker Minister for the Ministry of Trade and Industry.

That was after the President had accepted the resignation letter of Alan Kwadwo Kyerematen at the Jubilee House last Thursday.

President Akufo-Addo thanked Mr Kyerematen for his services to his government and to the country, and wished him well in his future endeavours.

The President has asked Mr Ofori-Atta, to act as caretaker until a substantive appointment is made.

Mr Kyerematen resigned from his position with effect from yesterday.

Sources close to the former minister confirmed to the Daily Graphic that Mr Kyerematen submitted his letter of resignation on Thursday evening.

That, sources said, was to enable him to concentrate on his bid to lead the New Patriotic Party (NPP) as its flag bearer for the 2024 presidential election.

Per the NPP’s regulations, ministers who intend to contest the presidential primary are to step down to concentrate on their campaigns so as not to interfere with the work of government.

Mr Kyerematen is one of the frontrunners in the flagbearship position of the NPP.

He started serving as Minister of Trade and Industry in President Akufo-Addo's government in 2017. 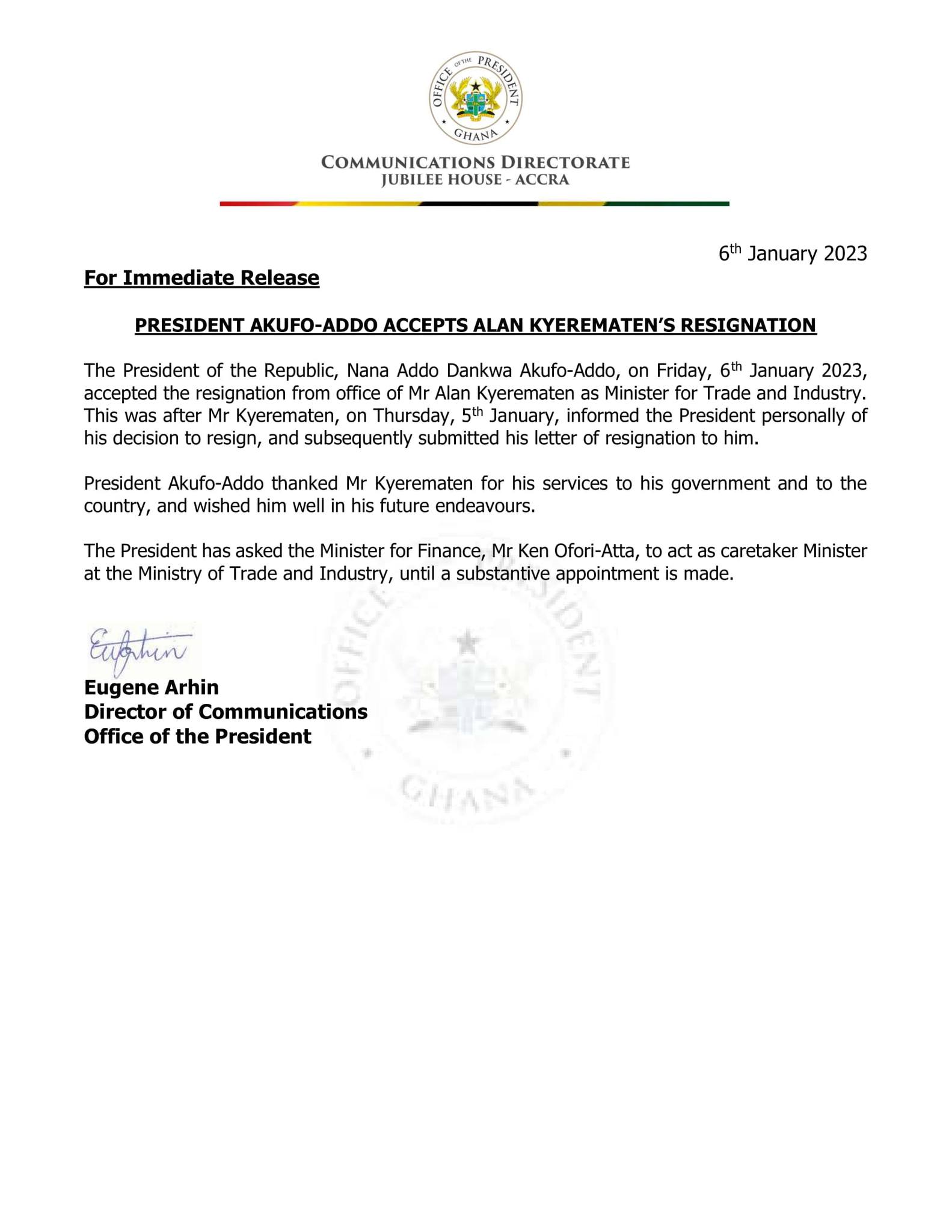