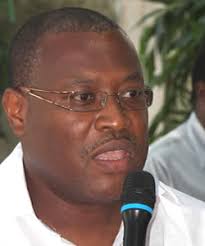 Former deputy Chief of Staff, Alex Segbefia is counselling caution between the ruling National Democratic Congress and the opposition New Patriotic Party over any desires to score political points over the payment of wrongful judgement debts.

According to Segbefia, while other members of the public and political parties can afford to criticise the deals and berate those complicit in the payment of those judgement debts, the NDC and NPP certainly cannot afford to tickle themselves and laugh over the issues because the two parties are not looking too good.

Segbefia was commenting on the Supreme Court’s order for energy company, ISOFOTON to refund monies paid it as judgement debt for lack of parliamentary approval. He was speaking on Alhaji and Alhaji on Radio Gold, Saturday, and said to the best of his knowledge, the two parties have been involved in the payment of judgement debts under their respective governments.

“I don’t say this as either being NPP or NDC because my view is that the only people who can comment negatively towards people are social commentators, media etc  etc, but NPP/NDC, we should learn to keep quiet on this matter at the moment because, at the moment none of us, the only two political parties that have ruled the country from 1992 to date is looking good, on the face of it, none of is looking good. And yet you find people trying to score political points on a very difficult scenario and that for me is not the best way forward.”

He said a lot of the issues involved in the judgement debt cases are complicated and while many commentators are sometimes not well informed on the issues, they want to slant the case one way or the other for political gains.

Segbefia said since 1992, only the two political parties, the NDC and NPP have administered the country and that revelations from the activities of the presidential commission on judgement debt point to the fact that over the years, judgement debts have been paid and contracts entered into by the two parties and so it cannot be the case that one party should try to make political mileage from the current situation especially when there are indications that there was some involvement in the case by different governments.  Listen to Alex Segbefia


Story by Isaac Yeboah/Graphic.com.gh
Email: This email address is being protected from spambots. You need JavaScript enabled to view it.