Joseph Kpemka: Special Prosecutor would not be manipulated 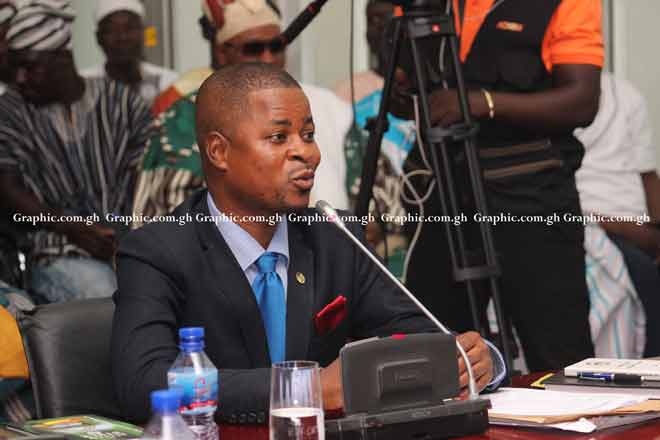 Joseph Kpemka: Special Prosecutor would not be manipulated Follow @Graphicgh

The two Deputy Ministers-designate for Justice and Attorney General, have backed the President’s decision to appoint a special prosecutor to strictly prosecute cases of corruption in public office to free the Attorney General the burden of handling such cases.

Mr Godfred Yeboah Dame and Mr Joseph Dindiok Kpemka who appeared before the Appointments Committee of Parliament on Wednesday, expressed optimism that the appointment of a special prosecutor would help to expeditiously dispense justice delivery in the country.

For Mr Kpemka, the special prosecutor with a security of tenure should be a person of integrity with a conscience who would not fall to political manipulations.

He said the person should be well grounded in law with a disposition to earn the trust of all shades of the political divide.

Touching on what accounted for backlog of cases in the law courts, Mr Kpenka who is also the Member of Parliament (MP) for Tempane said he would assist his minister to lobby to ensure that the conditions of service for state attorneys were improved to attract and retain more state attorneys to help in the speedy adjudication of cases before the courts.

Responding to a question on what he made of political party vigilante groups in the country and what he thinks should happen to them, the deputy Attorney General designate called for the immediate disbandment of groups to maintain the peace of the country.

Mr Kpempa admitted that the high cost of filing fees was a hinderance to the administration of justice and stressed the need to revise filing fees to improve access to justice.