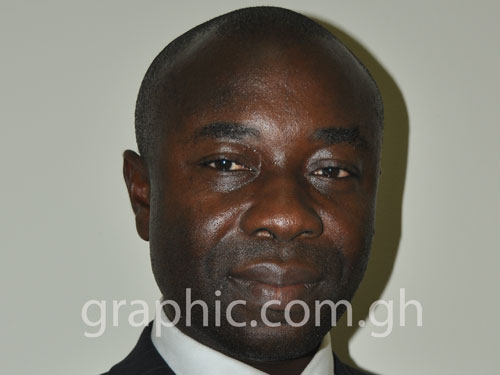 A Deputy Minister designate for Local Government and Rural Development, Mr Emmanuel Kwadwo Agyekum, has called for more investments in rural economies as a means to boost internally generated funds for district assemblies.

He said when local economies were enhanced the district assemblies would have more avenues to raise funds to enable them to draw and implement their  own development plans without seeking support from the central government.

Mr Agyekum, who appeared before the Appointments Committee yesterday, said there was the need for all district assemblies to take advantage of their local potentials and develop them to generate wealth for their people.

He said the traditional ways of generating funds should also be reviewed and suggested that district assemblies should outsource their revenue collection to inject efficiency in their revenue mobilisation efforts.

Mr Agyekum, who is also the Member of Parliament for Nkoranza South, also suggested that vigorous monitoring systems should be adopted to ensure that revenue collectors did not pocket what they collected to the disadvantage of the district assemblies.

Touching on the tension between district chief executives and Members of Parliament, the nominee said there was the need for DCEs and MPs to be sensitised to understand that they all had their peculiar roles to play in the development of their areas.

On the suggestion that DCEs should be elected, Mr Agyekum said it would be good for the people to be directly involved in the election of their DCEs, since that would make them more accountable.

He, however, explained that though the Constitutional Review Commission had made such a suggestion, the necessary constitutional amendments needed to be effected to ensure that DCEs were elected.

Touching on remuneration for assembly members, Mr Agyekum said it was necessary that assembly members who were working hard to ensure development in the districts took place were rewarded to entice them to give their best.

He acknowledged that since the national resources could not cater for such a venture, the district assemblies had to do more to increase their internal revenue mobilisation.

The 40-year-old Deputy Minister-designate for Transport, who is a lawyer, told the committee that every country would want to see its citizens and other nationals patronising its indigenous airlines.

She therefore plans to discuss with the substantive sector minister the need for the country to have its own airline after the collapse of the Ghana Airways.

Mrs Mogtari said the country could do that through a public-private partnership approach to ensure that the past glory when the Ghana Airways was the toast of the West African sub-region was brought back.

On the current situation of the country's railways, the nominee said Ghana could not propel its economy to the next level with the over-reliance on the road  transport sector.

She acknowledged that rail transport was the safest in the carting of goods and it would be important for the country to vigorously pursue the development of the rail sector.

"The Ministry of Transport will be successful if it focuses on the development of the rail sector to complement road and air transport," she said.

Touching on the carnage on the roads, Mrs Mogtari called for education and enforcement of the existing road traffic regulation.

On the activities of "goro boys" on the Driver and Vehicle Licensing Authority (DVLA) premises in the country, the nominee said such activities could be eliminated through the automation of the system.

She explained that that would be the only way to ensure that documents were processed without people coming into contact with officials of the authority and such people operating within the DVLA premises.

If the nomination of Mrs Mogtari is approved, she will be working as a deputy minister under the substantive sector minister, Ms Dzifa Ativor.

Answering a question on whether there would not be personality clashes as two women work together, Mrs Mogtari said she would play her role as a deputy minister and support her boss.

The Deputy Minister of Finance and Economic Planning-designate is the Member of Parliament (MP) for Cape Coast South.

Until he became an MP, he was both the Chief Executive Officer of the World Trade Centre, Accra and the Executive Director of Strategic African Securities (SAS) Finance Group.

He has several years’ experience in investment banking in areas such as investment and research, financial markets, corporate and project finance, finance and economic modeling and valuation.

Mr Ricketts-Hagan answered a number of questions from members of the Appointments Committee and in the end proved that he was the man to assist the substantive sector minister to implement the government’s financial and economic policies.

He told the committee that the country needed to ensure that it collected enough taxes to finance its policies and programmes.

On the country’s high interest rates, even though inflation was low, the nominee explained that there was the need for a credit bureau to be set up to enable banks to ascertain the credit-worthiness of prospective borrowers.

The nominee also called for fiscal discipline through the avoidance of unplanned expenditure.

He advised against excessive domestic borrowing by the government in order not to crowd out businessmen and small and medium enterprises, explaining that such practices also led to high interest rates.

"The more the government goes to the banks to borrow, the more the banks will demand high interest rates," he said.

Mr Ricketts-Hagan suggested that capital-intensive projects should be financed outside the normal budgets and explained that it was not proper to put such projects which required about 10 years to be complete together with budgets.

He said such projects could be finance through loans which could be paid from revenue that would be generated after they had been completed.

Mr Ricketts-Hagan said for Ghana to move from the lower middle income level to a fully-fledged middle income status, there was the need for innovations on how to raise money to finance its project.

"We need to go to the capital market and as an investment banker, I am well placed to do that," he added.

He said it was time for the country to look at the areas that it was spending its hard-earned resources at this stage of its economic development.

The nominee, who had worked with the Ministry of Foreign Affairs and Regional Integration since 1977, was vetted for  a deputy ministerial position for that ministry.

He answered questions on a wide rage of international issues including the relevance of the Non-Aligned Movement, the  Malian crisis, Ghana's foreign policy, economic diplomacy and the need for the decentralisation of the acquisition of passports.

Ambassador Quartey told the committee that the Malian crisis could be traced from the overthrow and killing of the former Libyan leader, Col. Muammar Al Qathafi.

He said as the sub-region inched closer to regional integration, there was the need for a well-equipped standby force to ensure peace.

Ambassador Quartey said the use of English and French should rather serve as an avenue to generate employment for graduates within the sub-region.

On plans to ensure the use of a common currency, the nominee said even though the idea was good, a lot needed to be done.

"We need to have a common central bank. There are a lot to be done, we are not there yet".

Answering a question on the relevance of the Non-Aligned Movement in the post-Cold War era, Ambassador Quartey said issues that bonded members of the movement together were still relevant.

"The movement is still popular. It is now a moral force even though not as popular as it used to be in the olden days".

He told the committee that efforts were already in place to ensure that regional premises of the Passport Office were equipped to be able to issue passports in future.

The deputy minister-designate assured the committee that Ghana's diplomats were sensitised to offer the best services to Ghanaians abroad.

The Deputy Minister of Environment, Science, Technology and Innovation, who is the Member of Parliament for Hohoe, said even though efforts were being made to ensure that girls develop interest in the study of the sciences, more needed to be done.

He said there was the need for parents and teachers to be educated to enable them to guide girls to take up the sciences to highest levels of education.

Dr Heloo said the free distribution of laptops was part of the government’s strategies to encourage the study of Information Communication Technology (ICT).

She, however, called for a system to be put in place to monitor how the laptops were being used after the distributions.

The nominee explained that there were stories about some of the beneficiaries selling the laptops for monetary gains and explained that if it was not monitored and checked the objective of the exercise would not be realised.

Touching on the HIV/AIDS menace, she said even though the government and non-governmental organisations were making efforts to minimise the spread of the disease, much more needed to be done to check the stigmatisation of people living with it.

"We should become open to people living with HIV/AIDS. Some acquire the disease through no fault of theirs," she said, and called for a vigorous campaign to reduce stigmatisation.

Dr Heloo, who has attended several local and international conferences on the management of HIV/AIDS, said she supported the use of both male and female condoms, "since prevention is better than cure".

She proposed that men who were not comfortable to use condoms should encourage their partners to do so.